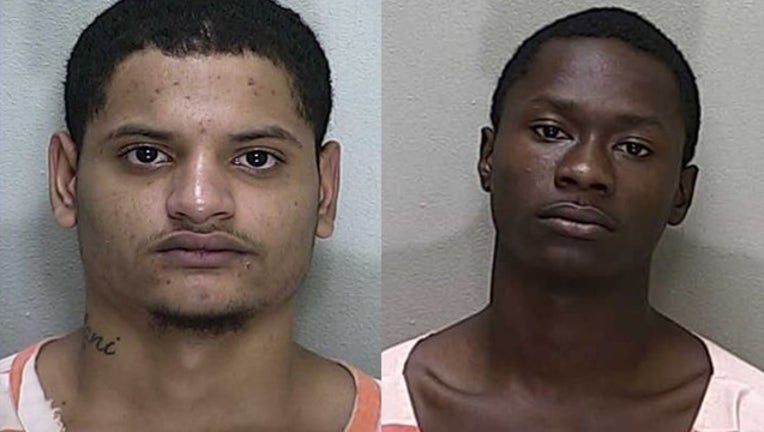 OCALA, Fla. (FOX 35 WOFL) - The Ocala Police Department says that their investigation into a pawn shop burglary on April 16th has developed the identities of three suspects.

20-year-old Jimmy Jones and a 15-year-old were arrested and charged with Larceny and Grand Theft of a Firearm & Burglary of a Structure.

An arrest warrant was also issued for 21-year-old Luis Carino.

The Ocala Police Department asks that citizens come forward if they have purchased a firearm from any of the individuals involved. If the firearms are turned in voluntarily, citizens will not be charged. However, if they are not turned in, they risk being charged with Possession of a Stolen Firearm.

Anyone with information regarding this case, or the location of Luis Carino, is asked to contact Detective Gauthier at (352) 427-3242.