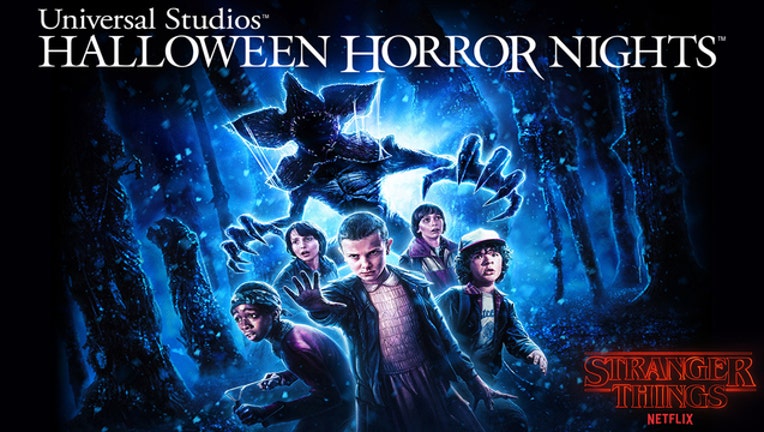 Universal is collaborating with Netflix, along with the creators and executive producer of the blockbuster series — Matt Duffer, Ross Duffer and Shawn Levy.   They say the maze will be authentic representations of “Stranger Things,” designed to transport guests into artfully recreated scenes and storylines.  Scroll down to view the promotional trailer.

From the 1930s film "Freaks" to Stephen King's "It," carnivals and circuses have served as backgrounds for terror in popular culture.  Universal Orlando is capitalizing on that horror history with a carnival-themed Halloween Horror Nights this year.

The resort announced last week that the 10 haunted houses that make up Halloween Horror nights will have a carnival theme. The latest iteration of Halloween Horror Nights is being called "Carnival Graveyard: Rust in Pieces"

The resort's Halloween-themed haunted houses open in mid-September and will terrorize visitors through the beginning of November.