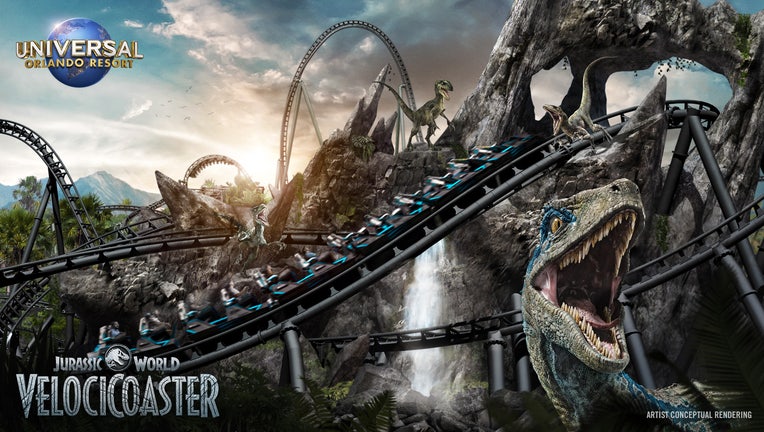 ORLANDO, Fla. - Get ready to roar!

The thrill ride is currently under construction at Universal's Islands of Adventure.

Photos have been posted to social media of the barricade around the construction site displaying the Jurassic Park logo.

Universal's described the ride in a press release sent to FOX 35 News:

"This new species of roller coaster touts a series of intense maneuvers that will send guests catapulting up to 70 mph and more than 150 feet in the air with the swiftest of prehistoric predators. 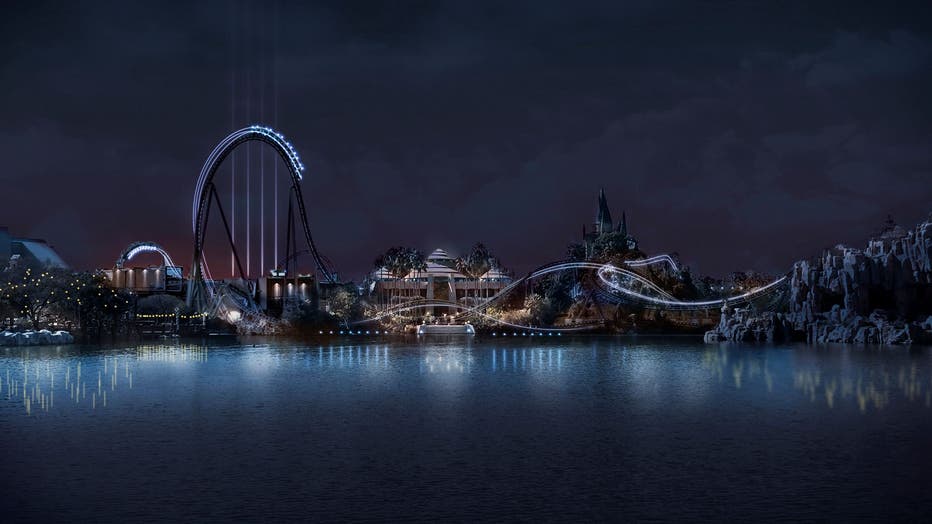 The  Jurassic World VelociCoaster will be the world’s first coaster based on the blockbuster franchise and will feature an original story "that expands upon the thrills, dinosaurs, and environments fans have seen on the big screen.

"Guests will join the original cast of the films – Chris Pratt as Owen Grady, Bryce Dallas Howard as Claire Dearing and BD Wong as Dr. Henry Wu – as Jurassic World unveils
the next evolution of its 'carnivore expansion' the VelociCoaster, where riders embark on a high-speed chase and feel the rush of the hunt while racing alongside a nimble Velociraptor pack," the park explained.

RELATED: 2 haunted houses at Universal Orlando to operate on select dates this fall

Spanning more than 4,700 feet of track and reaching heights of up to 155 feet, the coaster’s signature maneuvers will have guests twisting and soaring above land, and barrel rolling just inches above the water.

Universal says get ready to:

More details on the ride are expected to be released in the months ahead.