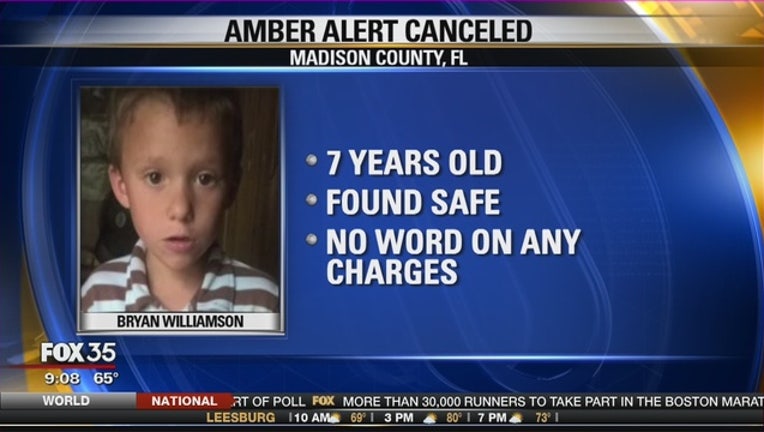 UPDATE: An Amber Alert has been removed for a 7-year-old boy from north Florida after Bryan Williamson was found safe Monday morning.

A statewide Amber Alert  was issued for the 7-year-old from Madison County out of north Florida on Sunday.

According to the Jacksonville Sheriff's Office the boy knocked on the door of a house asking if someone could take him to his mom.

No suspect is in custody. Anyone with any information is asked to call the police.