Dust devil spotted in Sanford and caught on camera

A powerful dust devil was spotted by FOX 35 Storm Team Chief Meteorologist Jayme King and Kari King during an outing in Sanford on Friday.

A dust devil is a small, rapidly rotating wind that is made visible by the dust, dirt, or debris it picks up. Also called a whirlwind, it develops best on clear, dry, hot afternoons and is often a short-lived weather event.

"My wife and I ended up chasing this intense dust devil – looked powerful, had some lofted debris within the rotation," King said. "Really intense. Hot, rising air with major spin. I was super impressed!" 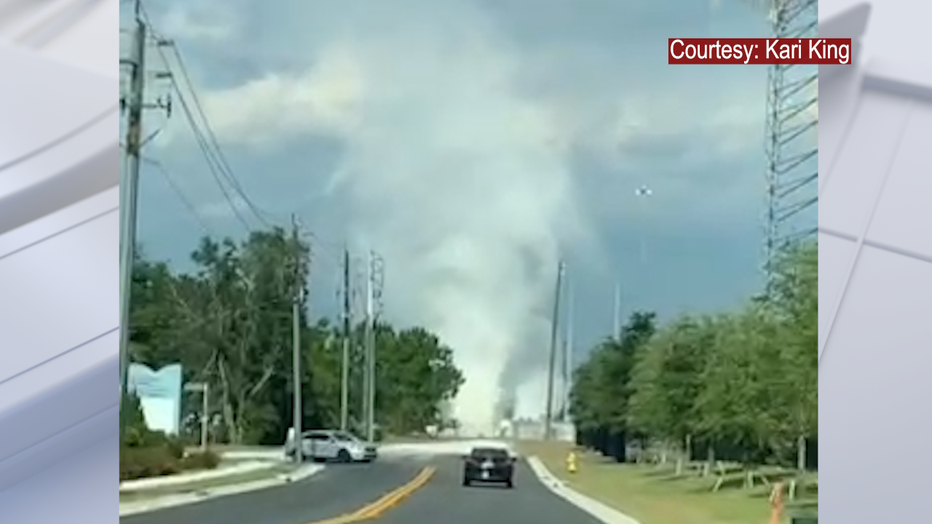 This dust devil was spotted as King and his wife were driving on International Parkway, alongside Interstate 4 in Seminole County.  King said they chased it for a half-mile.

Back in April, FOX 35 News learned of a powerful dust devil that caused some minor damage in Apopka.  Firefighter Renee Beasley spotted a dust devil whipping around in her own backyard. It didn't quite have the intensity of a tornado, but it was still an alarming sight, she said.

Another viral video of a dust devil was shared with FOX 35 News earlier this month that showed a dog being lifted into the air.

Duke the 70-pound Labrador took a brief, unexpected flight off the ground during the incident that happened in Virginia.

Brittnay Wampler said some windy weather came through and that's when Duke was picked up, spun around in the air, and landed back on the ground.  The wild moment was caught on her neighbor's doorbell camera.

VIDEO: 70-pound dog being picked up, swirled around by possible dust devil