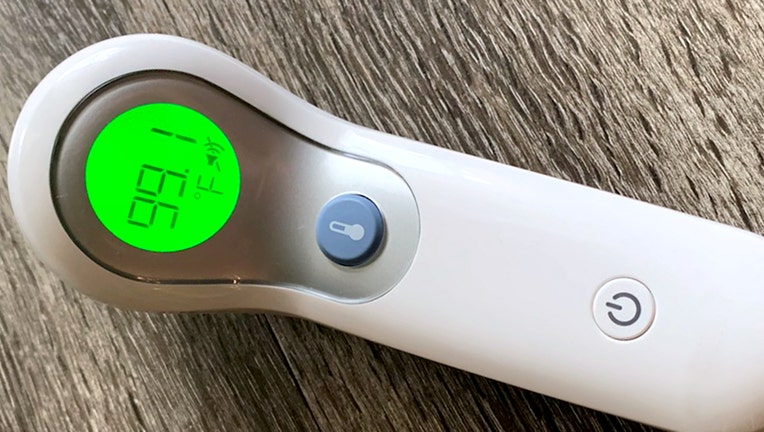 The sweltering temperatures of summer act as a reminder to never leave a child inside a vehicle with the engine off for any amount of time; however, even on a warm spring day, the inside of a car can become deadly for a young child.

In Florida, these heat-related ICU visits can happen year-round because of the warmer climate, but Wheeler estimates heat-related health emergencies are more common in spring and summer.

"We have so many tourists and people coming to the Orlando area who may not be as used to the heat as we are," Wheeler said. "They may not be thinking about things like getting out of the sun, hydration, sunscreen, all of those things come into play."

Orange County, where Orlando Health is located, welcomed 59 million visitors last year, which is still not up to the pre-pandemic numbers of 2019 with 75 million tourists.

However, it doesn't have to be a 90-degree or even 80-degree day for it to be dangerous for a child left alone in a hot car. When it's 80 outside, inside a vehicle can be between 40 and 50 degrees hotter.

HOW TO TELL THE DIFFERENCE BETWEEN HEAT EXHAUSTION AND HEATSTROKE

"A great majority of that initial (temperature) rise is in the first 20 minutes," Wheeler said.

On a sunny spring day when some Floridians might be enjoying 70-degree temperatures, the heat has nowhere to go inside a car.

"Any time it's warm, your car's going to heat up more. The color of the interior of your car, the sun coming down on things like seatbelts and things like the dashboard and on your seats," Wheeler said. "If those seats heat up, they're putting more heat into the car. That's how the car heats even more quickly than the outdoors because all this heat is just getting trapped."

A few minutes for an infant or toddler can permanently damage their health and possibly be deadly.

"They're going to start initially sweating, but then the sweating will eventually go away because they'll dehydrate quickly," Wheeler said of the symptoms. "They'll start to become sleepy, nauseous, disoriented, and that can happen in a very short period of time."

Wheeler said cracking the windows is not a solution, adding studies show a little added airflow does not make a big difference.

"It's really only about a three-degree difference," she said. "It doesn't have the impact that I think a lot of people, just aren't aware and think that it does."

Bodily systems begin to shut down the longer a child is left in what could be a 120-degree car after just 20 minutes.

"When the dehydration sets in, you start to see a change in the kidney function, the body's ability for the heart to be circulating blood throughout the body," Wheeler said. "You start to have neurologic changes. That's where you can lead into seizures and coma and death, ultimately. We also see electrolyte disturbances that come along with that dehydration, and eventually, over time, it shuts down all of the organ systems."

The younger the child, the less ability they will have to compensate for the heat, but Wheeler said when comparing toddlers to infants, the difference between fatal heatstroke is minutes.

Meteorologist Jan Null with the Department of Meteorology and Climate Science at San Jose State University has been tracking U.S. child hot car deaths since 1998 at Noheatstroke.org. According to Null's data, on average, 38 children under 15 die of heatstroke every year after being left in a vehicle.

Taking a closer look at the child deaths over the past 20 years, Texas, followed by Florida, led with the most hot car-related pediatric fatalities.

So far this year, three pediatric vehicular heatstroke deaths happened in May. The most recent occurred on May 20, after a 10-month-old girl in Houston was left in a car for several hours with a 90-degree temperature outside, according to the Houston Police Department.

Earlier in May, a 1-year-old boy in Memphis, Tennessee and an 8-month-old baby girl in Snellville, Georgia, died of heatstroke after being left in vehicles with 90-degree temperatures.

While less than 1,000 children have died over the past 20 years from heatstroke after being left in cars, medical experts say these deaths are entirely avoidable.

Ways to remember to look back

More than half of all child vehicle heatstroke deaths were because a child was forgotten inside a car compared to 20% who were knowingly left inside a car, according to Noheatstroke.org.

"Most parents who have infants at that point, they're sleep-deprived, they're tired," Wheeler said. "We all sit here and say, how could it happen? But, you know, we've all forgotten to turn a curling iron or off or things like that. And it just little things that we would think would be at the forefront of our mind. When you're tired, when you're busy, when you're juggling, life can very innocently be forgotten but has very devastating consequences."

In recent years, innovative technology has emerged that uses sensors and apps to alert a parent of a forgotten child. These options range from free apps like Waze, which has a "child reminder" setting to smart car seats for $550 that pair with your phone.

Wheeler said there are less costly ways to help busy and possibly exhausted parents to check the backseat.

Other reminders include leaving anything in the backseat you wouldn't get far without, like your purse, shoes or cellphone.

Another way to prevent a tragedy is to coordinate with your childcare provider or have family check in on you.

"Having a plan in place where the child care provider knows if your child's not here by a certain time because they come every day to give a phone call," Wheeler said.

Because even a short time can be deadly, Wheeler said to make that phone call within the 20-minute window that could save a life.

GET UPDATES ON THIS STORY AT FOXWEATHER.COM