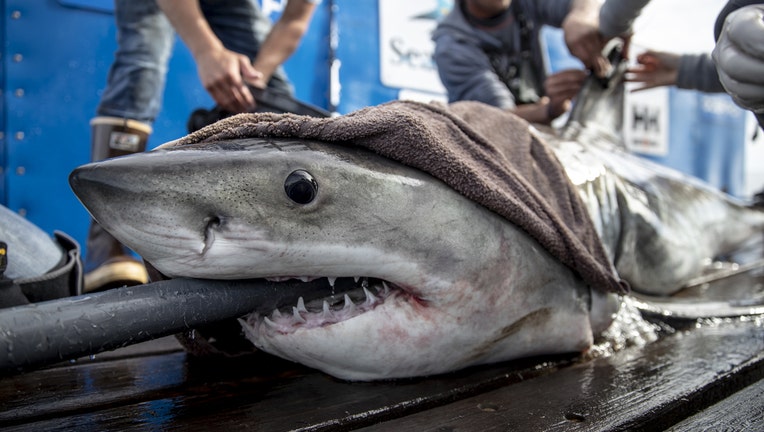 PORT CANAVERAL, Fla. - A white shark that is eight-feet, nine-inches long and weighs over 431 pounds has been spotted off the coast of Central Florida.

OCEARCH, non-profit organization that does research on great white sharks and other large apex predators, is tracking the shark named Brunswick. He is almost an adult shark and first tagged in February 2019 in Hilton Head, South Carolina.

MORE NEWS: Man killed by shark off coast of Australia, and his body has not been found

According to the organization's tracker, it pinged off the Central Florida coast on Sunday morning near Cape Canaveral. It has since traveled a little further south, pinging off the coast of Satellite Beach and Patrick Air Force Base.

During the winter, sharks tend to migrate south, as they search for warmer waters. So, it is not unusual for great whites to call southern waters home during these months and sightings are common near popular fishing and diving spots in Florida through spring.