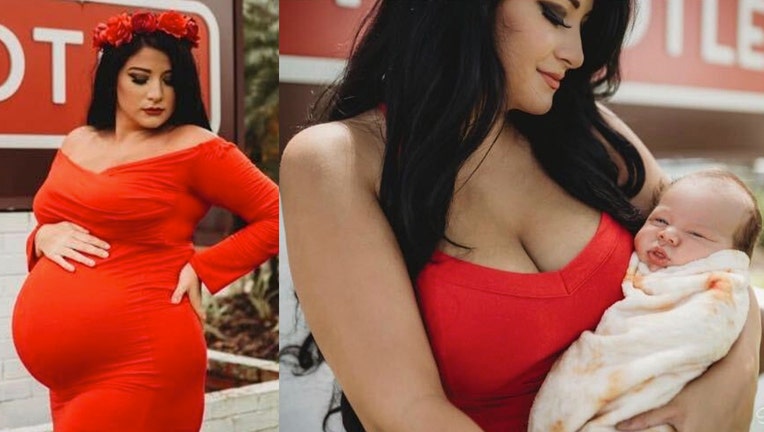 LAKE MARY, Fla. - A Central Florida woman who went viral earlier this year for taking maternity pictures at one of her favorite restaurants has given birth and is celebrating the adorable newborn with a new photoshoot at the same location.

In June 2020, Jordan-Leigh Beal, a model and YouTuber, went viral after taking maternity pictures at Chiptole.

She told FOX 35 at the time that one of her biggest pregnancy cravings was Chipotle and that she was obsessed, especially because of her hyperemesis gravidarum -- a pregnancy complication that causes severe nausea, vomiting, weight loss, and sometimes dehydration. She found Chipotle to be one of the only foods she could actually keep down.

“I have joked to my husband all the time that he’s either going to hate it because he had it in the womb so often or he’s going to love it and that’s why I wanted it so much when I was pregnant,” Jordan said. “(It’s) basically morning sickness but 100 times worse and it lasts the entire pregnancy.” 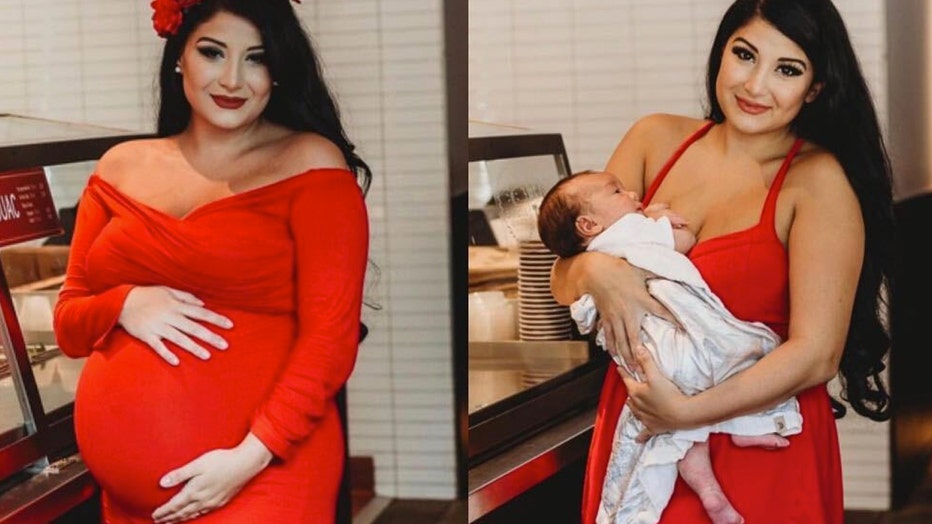 Rebecca Pace, of Rebecca Shines Photography, and Jordan joined forces to take maternity photos at a Chipotle in Lake Mary.  She said she couldn’t be happier with how the photos turned out and once Chipotle saw them, they actually emailed the former model a $150 gift card and some baby gifts in the mail.

An Orlando mother has gone viral for her Chipotle photoshoot! She talks to FOX 35 about the experience.

Then on August 5th, Jordan gave birth to her 5th child, a boy named Corey Mikal Beal Junior. Chipotle sent them even more goodies then, including shirts and a baby blanket.

Rebecca and the mother of five teamed up again to show Corey off to the world, doing another photoshoot at the Chipotle in Lake Mary. They went there on his one month birthday.

"Everyone meet Corey Mikal Beal Junior, the sweetest little burrito baby! I'm sure you all remember a couple of months ago when I did Jordan's Glam Chipotle Maternity session that went viral over night," Rebecca said on her photography Facebook page. "We were so excited to come back and recreate some of the shots we did with her bump that is now a ball of chubby cuteness!! Mom and dad are so excited to now be parents of 5 and Corey's siblings are obsessed of course." 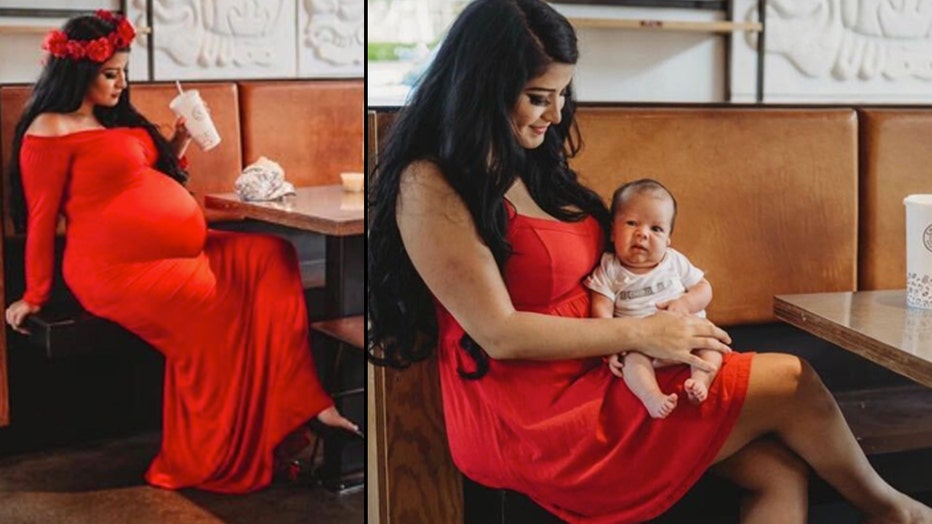 In the photos, the baby can be seen in front of the restaurant and then inside, wrapped up as the cutest burrito ever. 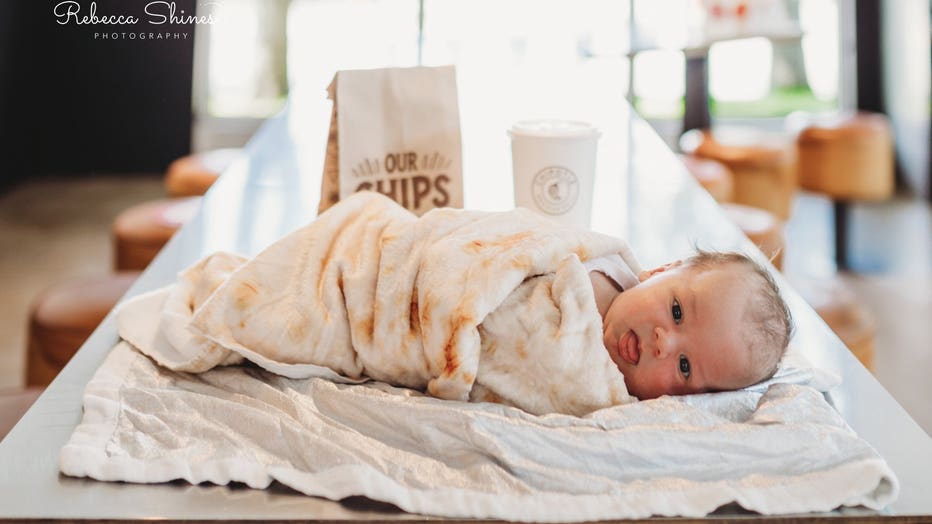 “We actually got recognized by three different people who saw the maternity photos so they knew who we were and what we were doing,” Jordan said.

Rebecca also said that the two of them will go back to Chipotle in a year for Corey's first burrito smash, especially because "Jordan is still in love with Chipotle."

Corey is the family’s fifth child and since Jordan has had difficult pregnancies, she wanted to make this one special while letting people know about her condition.

“It has really brought so much awareness to it and I think that’s the best thing that could have happened and he will have really cute and unique photos that he will have for the rest of his life,” she explained.

See more of Jordan's adorable family on the HapBealyEverAfter Youtube channel. You can also see Rebecca Shines' work on her photography website.