FOX 35 meteorologist Allison Gargaro gives the latest in the tropics.

ORLANDO, Fla. - Another tropical depression could soon form in the Atlantic.

FOX 35 meteorologist Alison Gargaro is currently tracking four separate systems in the Atlantic. They are all areas of disorganized showers that could have the potential for development.

A system close to land and moving towards the Yucatan Peninsula has just a 10 percent chance of development as it does not have much time to develop.

Another system north of that one also is not very likely to develop, with just a 20 percent chance.

Then, the system in the middle of the Atlantic has the highest likelihood of becoming the next tropical depression. It could form by the end of the weekend or early next week. It has a 90 percent chance of development.

Finally, there is a tropical wave moving off the western coast of Africa and has an 80 percent chance of developing. 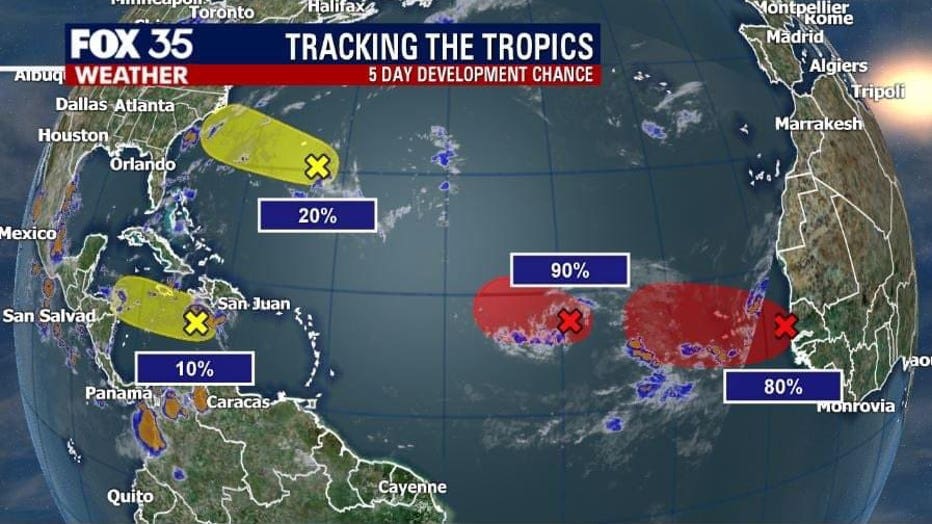 If another named storm develops, it will be called Paulette.

So far, 15 named storms have formed during the 2020 Atlantic hurricane season. If all 26 names are used, the letters of the Greek alphabet will be used. 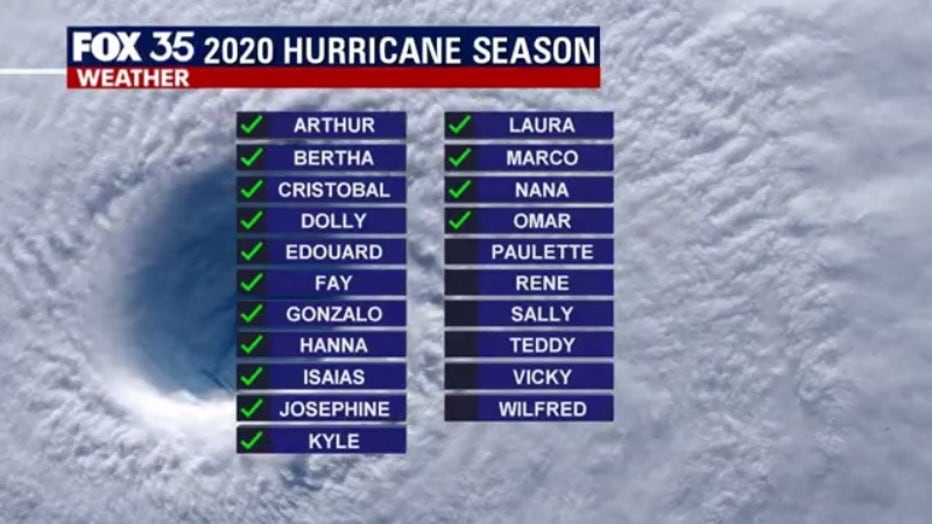