FOX 35 Storm Team Meteorologist Jayme King has the latest on the weather in Central Florida.

Orlando, FL - A weak cool front is moving through the Florida Peninsula on Monday.

This means lots of clouds, shifting winds, and cooler high temperatures in all locations. 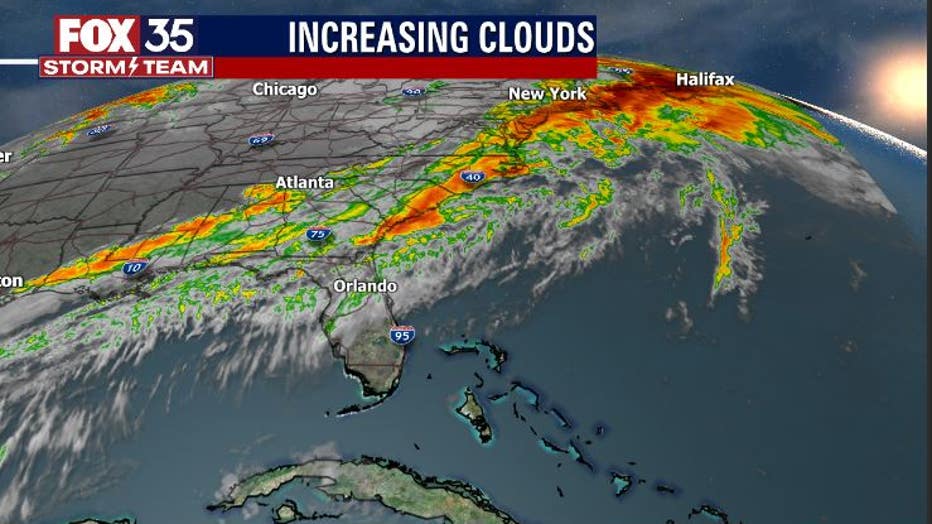 There could be a few showers and sprinkles before 12 p.m. as well. Otherwise, things look mainly dry. After record hot temperatures over the last several days, you'll likely notice the difference this afternoon.

A look at area highs on Monday shows that most locations are in the 70s. 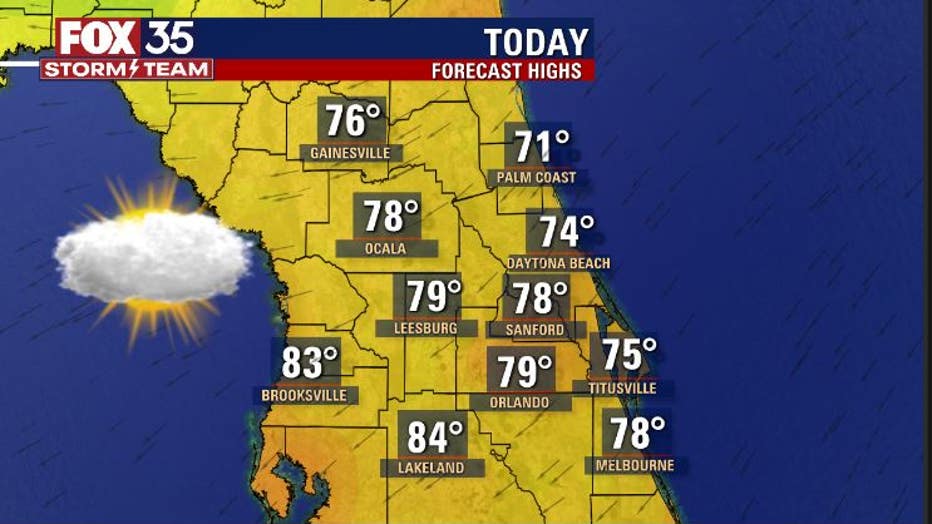 The coolest readings will be found over Northern Coastal Central Florida, closer to the Atlantic. Water temperatures are still quite cool up that way and with developing breezes from the northeast coming in off the ocean, the cooler surf temperatures will influence highs there.

Skies will feature a lot of clouds on Monday. Breezy winds will be the trend heading into the p.m. hours, especially along the beaches.

The same front will then come back northward, into the area Tuesday as a warm front. This will set up warmer highs in the solid mid to upper 80s as southeast breezes take shape. Rain chances will be higher Tuesday, around 30 percent in Orlando and 50 percent in North Central Florida.

Bigger weather news will be the strong cold front that will arrive later into the week. 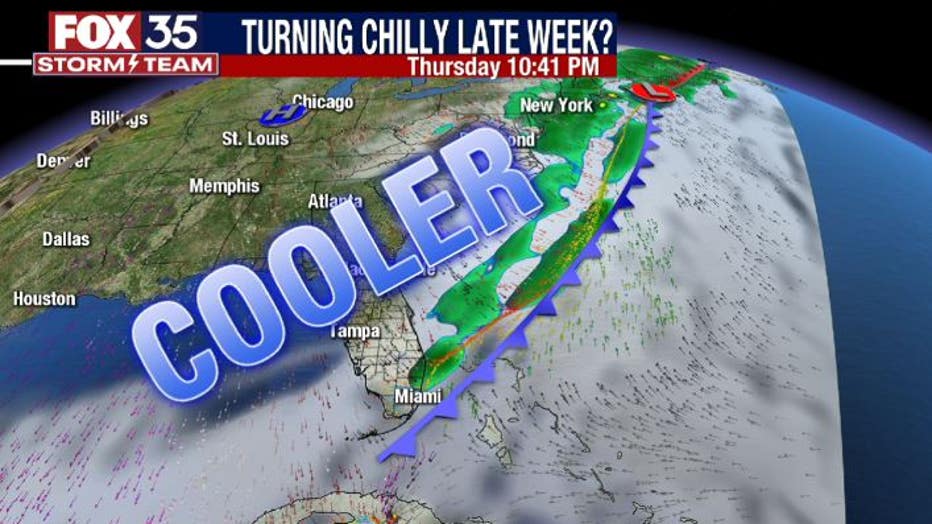 This system will offer up a lot of cool air and stronger northerly winds. Highs by Friday will only be in the mid to upper 60s, waking up near 50 in Orlando both Friday and Saturday. 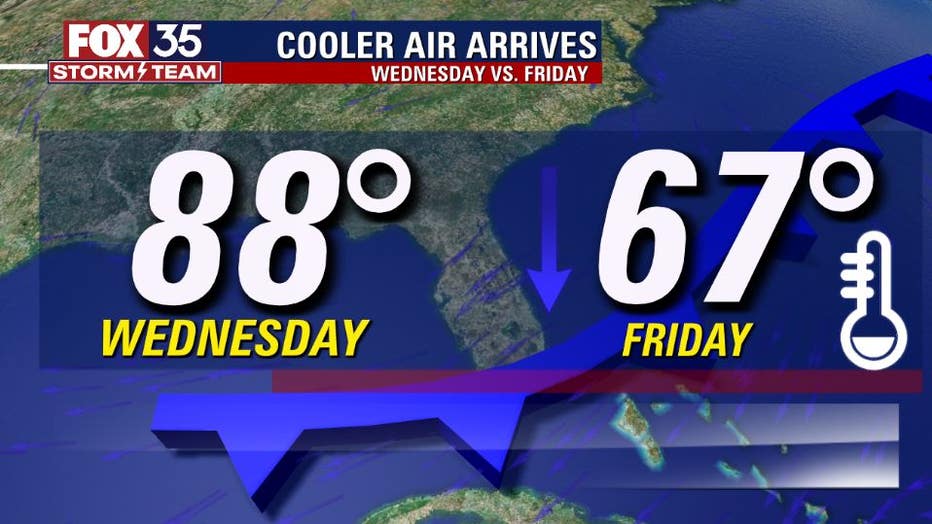 A definite "rollercoaster" ride of sorts as we compare the midweek timeframe with our weather next weekend. Winds will be blowing pretty hard from the north by late week, adding a bit of chill to the approaching cool down.

Tune in to FOX 35 Orlando for the latest weather updates.