Orlando, FL - Will we or won't we see yet another rocket leave the Space Coast early Wednesday morning?

Right now, launch probability stands at 80% for the SpaceX Falcon 9 rocket to leave the launch pad. Forecasters are pointing towards an increase in Easterly wind flow along the Space Coast today/tonight and if winds are too strong Wednesday morning, the launch might have to be rescheduled.

RELATED: SpaceX gearing up for nighttime launch of Starlink satellites 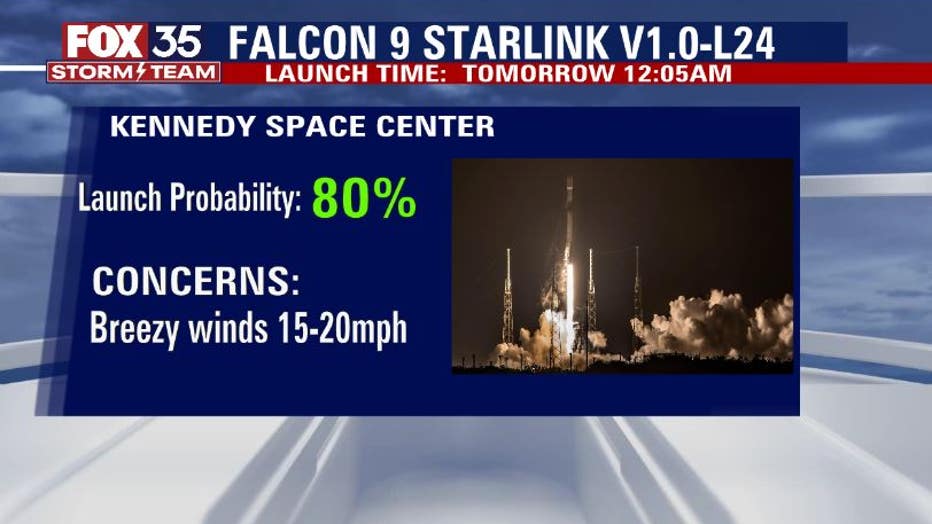 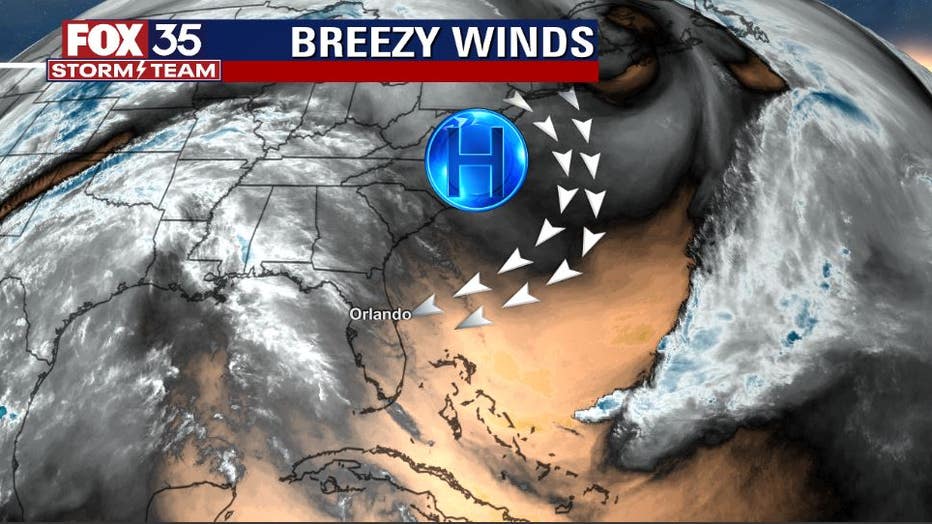 High pressure staging across the Eastern U.S. will create the breezy winds.

"As we head into Thursday, winds will ease, becoming a bit more Southerly in advance of an approaching weather system over Texas. Conditions could certainly become a bit more favorable during that time" said Fox 35 Storm Team Meteorologist Jayme King. "This time of year, we're subject to periodic bouts of gusty Easterly breezes" says King. 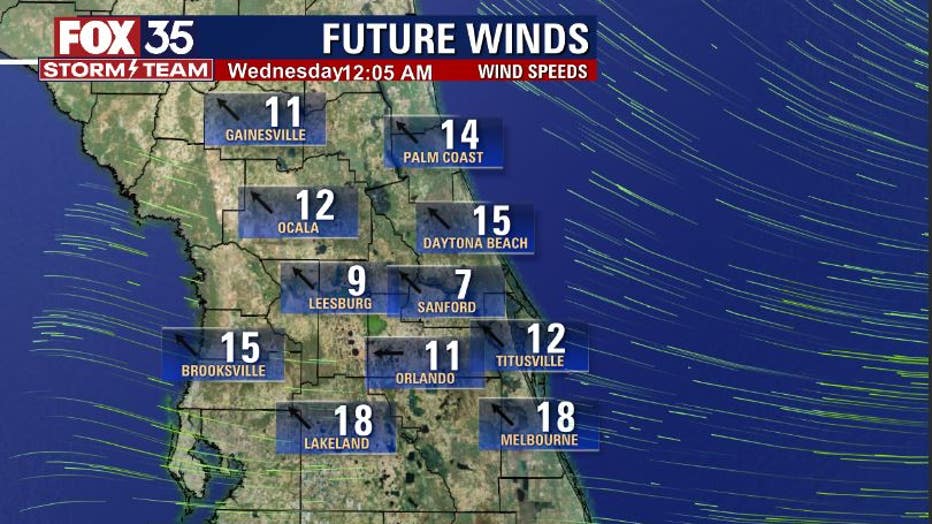 The future winds forecast model in the FOX 35 Storm Center is indicating some fairly prominent breezes developing along the Space Coast and holding steady through launch time at 12:05 a.m. Wednesday.