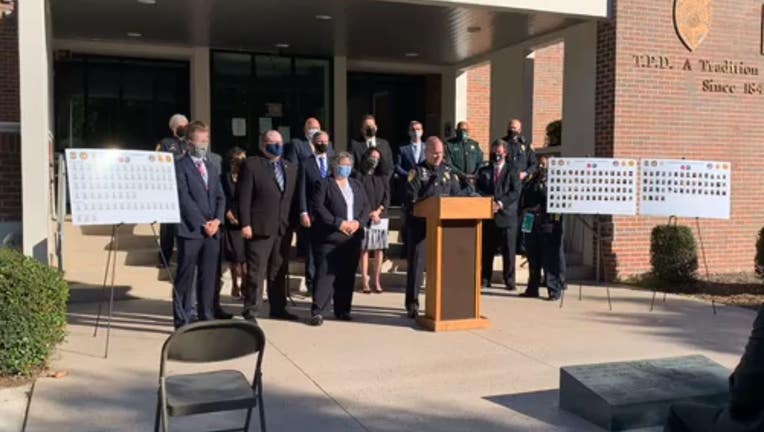 Police Chief Lawrence Revell said the operation began back in November 2018, after investigators discovered a 13-year-old child's image on a prostitution website.

Their Special Victims Unit rescued the girl, and their overall investigation ultimately resulted in the 178 arrests announced Tuesday.

Revell said 106 people have been charged with felonies, while 72 face misdemeanor charges. Another 19 suspects will face federal charges, he said.

The charges include production of child pornography, human sex trafficking of a minor and solicitation of prostitution.

RELATED: The subtle signs of human trafficking, and what to do about it

All of the suspects are from the southeast, going as far as Alabama and Mississippi.

"Human sex trafficking is a 150 billion industry worldwide," Revell said. "Florida ranks in the top 5 in the nation for reports of human trafficking."