Florida manatee spotted with TRUMP scraped on back

A Florida manatee was spotted in the Homosassa River with the word TRUMP scraped on its back. Wildlife officials are investigating. The Center for Biological Diversity in the state is offering a $5,000 reward for information leading to an arrest. (Video courtesy: Hailey Warrington)

ORLANDO, Fla. - A reward is being offered for information that leads to an arrest of the person who scraped the word "TRUMP" onto a manatee's back.

The Center for Biological Diversity announced the $5,000 reward after the manatee was spotted in north Florida's Homosassa River.

"It’s heartbreaking that this manatee was subjected to this vile, criminal act," said Jaclyn Lopez, the Florida director of the Center for Biological Diversity, in a news release. "It’s clear that whoever harmed this defenseless, gentle giant is capable of doing grave violence and needs to be apprehended immediately." 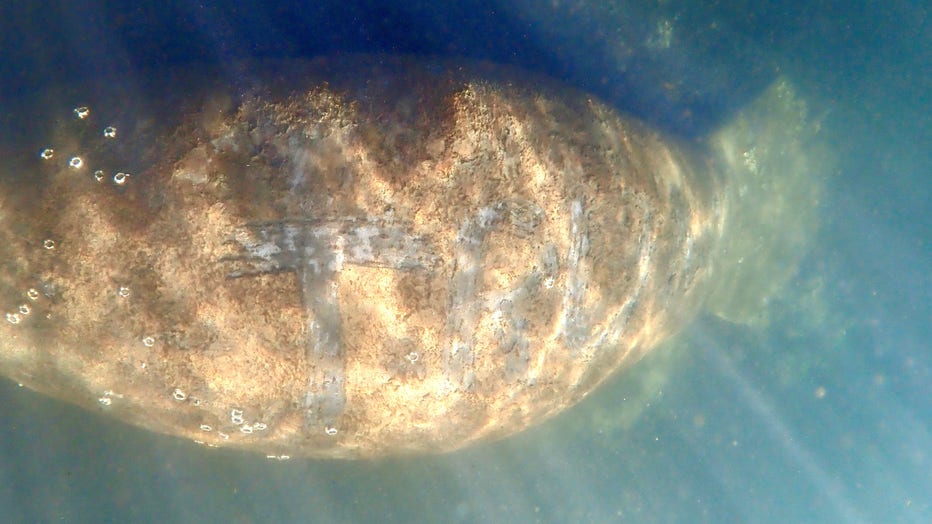 U.S. Fish and Wildlife Service Spokeswoman Christina Meister said in a news release that "the manatee does not appear to be seriously injured as it seems that the word was written in algae on the animal's back."

She provided an official statement from the U.S. Fish and Wildlife Service:

Anyone with information can also call the Florida Fish and Wildlife Conservation hotline at 888-404-3922.

Manatees have been protected under the Endangered Species Act since 1963.

Harassment of a manatee is a federal criminal offense, punishable by a $50,000 fine and up to one year in prison.