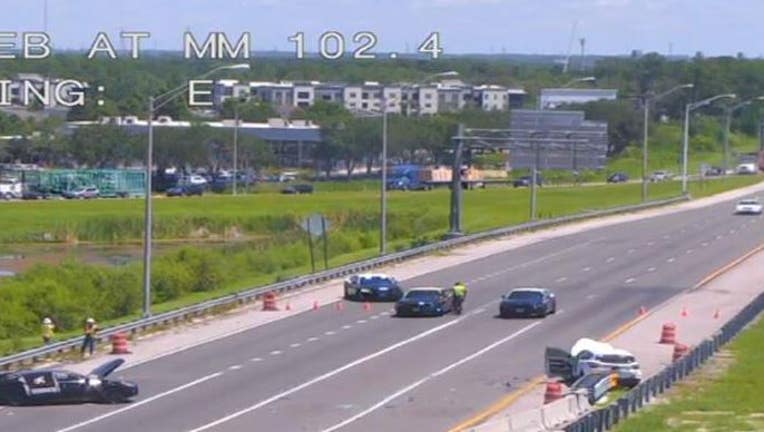 SEMINOLE COUNTY, Fla. - A 7-year-old child has died after a crash on Interstate 4 near exit 101 in Seminole County, according to the Florida Highway Patrol.

Troopers say a 21-year-old man was driving westbound on I-4 on Wednesday afternoon and slammed into the vehicle carrying the child, which was stopped ahead for traffic.

MORE NEWS: 1 dead after car splits in half during crash on Colonial Drive near downtown Orlando

The 7-year-old girl was flown to Arnold Palmer Hospital where she died from her injuries. The man and woman in the car with her suffered minor injuries. The family is reportedly from Jacksonville.

Charges are pending and the investigation is ongoing. Check back for updates.