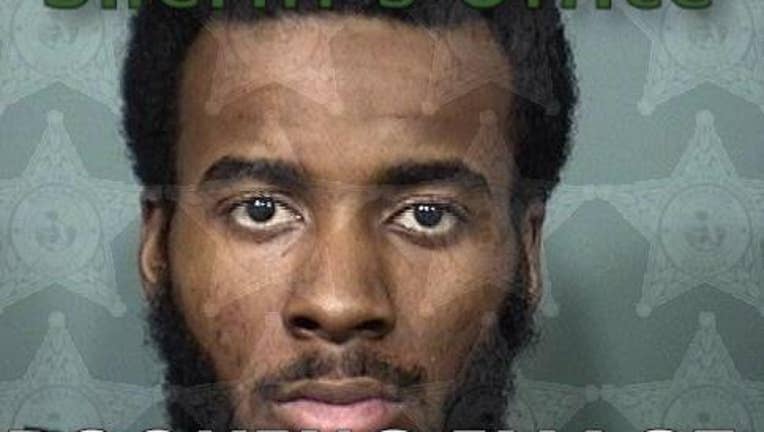 MELBOURNE, Fla. - A Brevard County man accused of killing his ex-girlfriend reportedly shot her fifteen times because she wouldn't return his calls or text messages, according to an arrest affidavit.

Carlos Lemont Jones, 23, was arrested this week in connection to the murder of 23-year-old Sha'Dayla A. Johnson. Melbourne police said the shooting happened on Colbert Circle near East University Boulevard on Tuesday morning.

According to the affidavit, Sha'Dayla was leaving for work when she was shot fifteen times in the back outside her home. Her father, Torrance Clark, told deputies he heard gunshots and saw Jones staring toward the home. When he walked outside, he said Jones was gone and he found his daughter face down on the carport floor.

Sha'Dayla and Jones had reportedly been living together until they broke up two weeks prior during an argument. Torrance said Jones had been "continuously calling and harassing Sha'Dayla in efforts to get back with her." The report stated that Sha'Dayla ignored his calls and texts.

Jones' mother reportedly convinced him to turn himself in and police said he gave a full confession to shooting his ex-girlfriend because he was angry that she would not return his calls or text messages.

The affidavit stated that Jones bought the gun he allegedly used to kill Sha'Dayla a week prior to the shooting.

When asked if he was remorseful, Jones reportedly told police "no" and said if he had to do it again, he would have killed Sha'Dayla and her father.