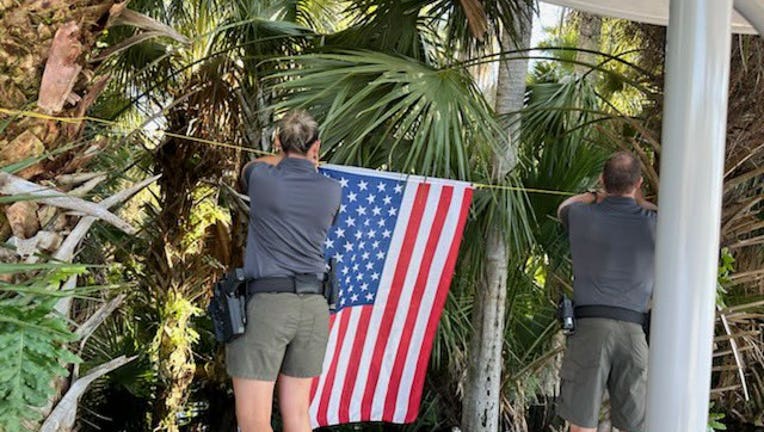 VOLUSIA COUNTY, Fla. - A U.S. flag now flies high and dry above the St. Johns River after it was rescued from the swollen river by Central Florida deputies during the aftermath of Hurricane Ian.

The Volusia County Sheriff’s Office posted a video on Monday showing its deputies rescuing the flag that had fallen in the high waters near the community of Osteen.

In the video, a small portion of the American flag is seen just barely above the water level of the river.

"This shows you just how high the river is right now," the sheriff's office wrote. "Some homes along the [St. John's River] are inches away from flooding due to a boat wake."

On Thursday morning, the sheriff's office shared photos online of deputies draping the flag between two trees, high above the water, with the caption: "The memorial flag pulled out of the St. Johns River has been replaced high and dry by request!"

U.S. Flag Code states that the American flag, a symbol of the country and its people, should be treated with respect and honored when on display. It should never touch anything beneath it, such as the ground, the floor, water, or merchandise.