A Florida teenager who was killed after being hit by a car while riding his scooter was honored by his high school on Friday night.

DAYTONA BEACH, Fla. - While homecoming is a night for students to celebrate, Friday was also a time for Atlantic High School to remember senior Rodrick Hutchinson Jr.

He would have been playing in the band at the homecoming game, that's why his family says it was important for them to be there with him in spirit.

"We have to be here, because Junior would be here," said Auzanea Hutchinson. "He wouldn’t give up, he wouldn’t sit around crying, he would keep striving."

After the band's seniors were escorted onto the field by their families, Hutchinson's family carried out his picture. Rodrick's uniform was displayed on the sideline, and fans wore his favorite color, blue.

RELATED: Florida teen killed after being hit by car while riding scooter wanted to be a doctor

Before the game, the national anthem was more somber with a missing bandmate.

Rodrick's younger sister, a freshman, plays flute in the band. 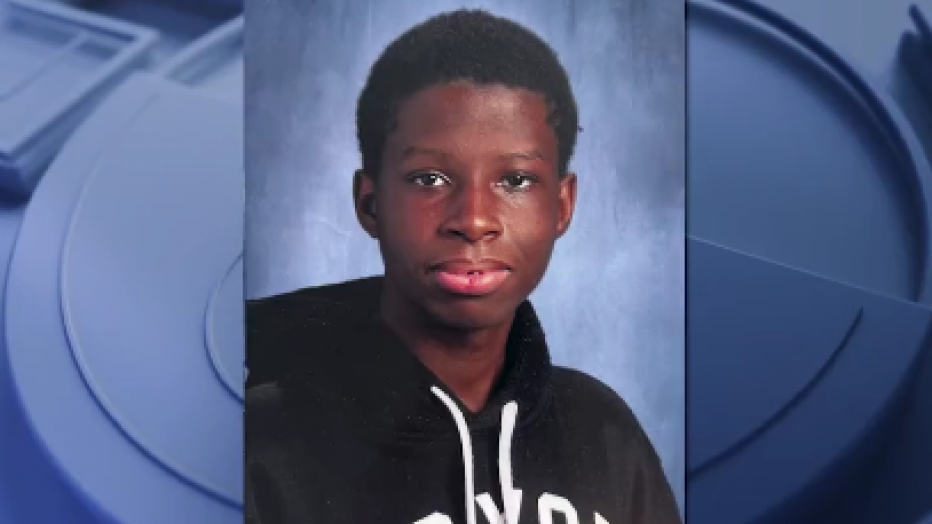 "She’s trying to hold up, she’s trying to do everything she can to be there for Junior," said Raven Brown, another one of Rodrick's sisters.

Hutchinson died after he was hit by a car while riding his scooter. It's unclear if that driver will be charged with a crime, but his sisters say they want someone to be held accountable.

"I understand it was an accident, but a life was taken, a young life, a life that meant something," said Valencia Brown. "He was going to be someone."

Rodrick had recently been accepted to the University of Kansas where the teen planned to study to become a doctor.

On the football field, the Atlantic High School Sharks went on to win against Taylor, scoring on the second play of the game.