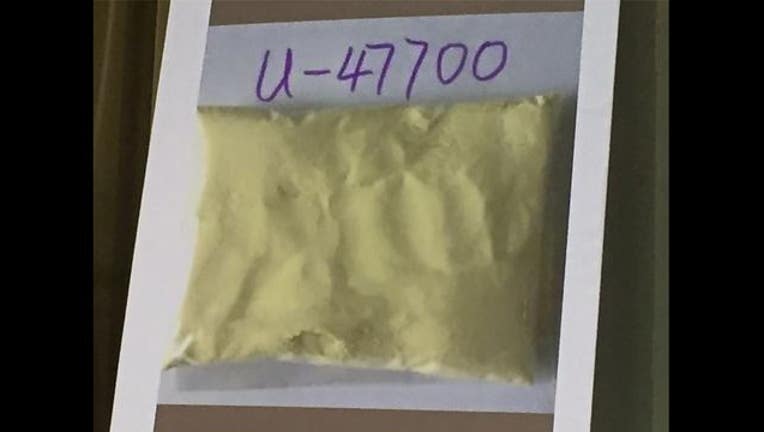 GAINESVILLE, Fla. (WOGX FOX 51) - There is a deadly drug making its way to Central Florida. It’s called U-47700. It’s a complicated name, but there are things you need to know. It’s nearly eight times stronger than morphine, and it’s killing people in Florida.

Pam Bondi, Florida’s Attorney General, said, “It’s so important. It scared me to death when I learned.”

Some people call the drug “Pinky.” It was created in the 70s, but now leaders say it’s making a comeback.

Dealers are making their way through the Panhandle into Central Florida.

It’s cheap too, available online for $40.   It even comes in a nasal spray.  Dealers are combing it with other drugs and are re-selling it

“If you think it’s a mild sedative, it’s not,” Bondi emphasized. “It could be extremely lethal and kill you.”

Leaders say it’s possible  It may have killed even more people, but medical examiners haven’t been checking for it, until now.

Bondi added “What we’re trying to do is stop it before someone dies, and get to the manufacturers.”


If you have this at home and you didn’t know. Sheriff’s Deputies say turn it in to them, without fear of being arrested. If you’re caught dealing it though, get ready to spend up to 5 years in prison.

Sheriff Gainey said they’re going to have discussions with Medical Examiners to see if they can go back and test past cases, to see if U-47700 is involved.