Bob Iger is back as CEO of The Walt Disney Company – a position he held for 15 years before stepping down in 2020, Disney announced late Sunday. Iger replaces former CEO Bob Chapek, who stepped down from the position. So now questions remain on what changes could be coming. Big Fat Panda Blogger John Saccheri weighs in.

ORLANDO, Fla. - Bob Iger sent a social media message to Disney cast members on Thanksgiving amid his first week back as CEO of The Walt Disney Company following his successor – Bob Chapek – stepping down.

"Giving thanks today to family, friends, and all of my new fellow employees and cast members @WaltDisneyCo. It was always a privilege to work with all of you, and it certainly is a privilege to do it again! Happy Thanksgiving," Iger tweeted on Thursday.

His tweet was the first since Oct. 23 when he posted about attending the Formula 1 race in Austin, Texas.

Iger's return as CEO of the entertainment giant made headlines this week after Disney announced on Sunday he would be returning to replace former CEO Bob Chapek, who Iger had handpicked to replace him. Iger had held the position for 15 years and had helped lead the acquisitions of Pixar, Marvel, Lucasfilm, and 21st Century Fox before stepping down in 2020.

In a news release, Disney said Iger's appointment is effective immediately and will last for two years. Iger has been tasked by the board to "set the strategic direction for renewed growth and to work closely with the board in developing a successor to lead the company at the completion of his term," the release said.

RELATED: Disney World increasing ticket prices: How much you pay depends on the park

"We thank Bob Chapek for his service to Disney over his long career, including navigating the company through the unprecedented challenges of the pandemic," said Susan Arnold, Chairman of the Board, in a statement. 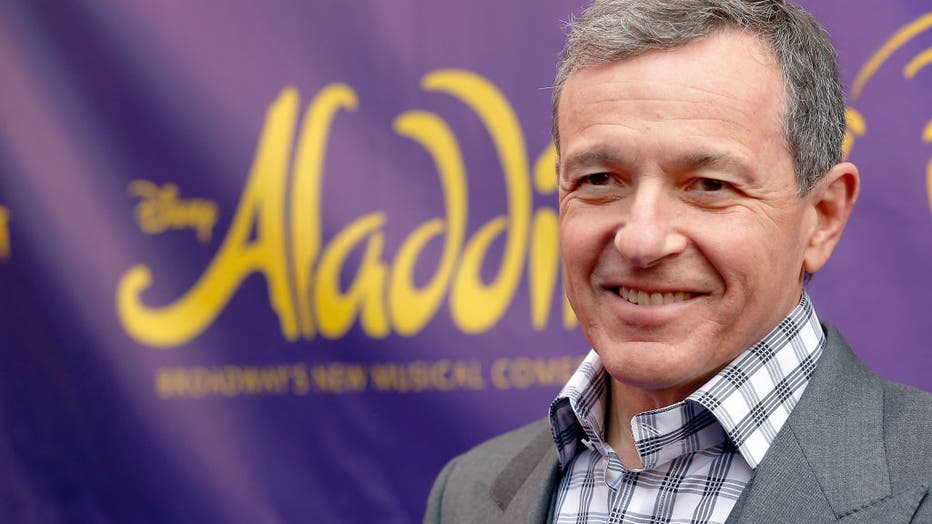 Prior to Chapek stepping down, Disney confirmed in a memo to its employees that it was planning a hiring freeze and potential layoffs to help cut costs, according to FOX Business. The company also reportedly had a disappointing quarter, while noting that it saw record results at its theme parks and continued increases in Disney+ subscribers.

Disney also recently announced price increases for park tickets to its fourth Walt Disney World theme parks, increases to its Park Hopper add-ons, and increases for its annual passes, though new passes are still not being sold.

According to a recent filing with the U.S. Securities and Exchange Commission:

If all awarded at 100% percent, Iger would receive at least $27 million a year, according to the figures in the filing.

"I am extremely optimistic for the future of this great company and thrilled to be asked by the Board to return as its CEO," Mr. Iger said in a written statement. "Disney and its incomparable brands and franchises hold a special place in the hearts of so many people around the globe—most especially in the hearts of our employees, whose dedication to this company and its mission is an inspiration. I am deeply honored to be asked to again lead this remarkable team, with a clear mission focused on creative excellence to inspire generations through unrivaled, bold storytelling."