A company called Celestis works with SpaceX to send people's ashes up in space aboard rockets.

MELBOURNE, Fla. - At the end of his life, Al Reinert, the Hollywood screenwriter most famous for Apollo 13, finally reached the stars.

"I have known Al, I have known him over 50 years, and watched him fall in love with the space program itself. So when he passed, it was obvious that was where he would want to be and it was just a means of getting him there," said Susan Walker, Al Reinert’s friend.

His family chose to send his ashes into space. His were one of 104 sets of remains launched into orbit in late January from Cape Canaveral.

"Watching the launch was chilling. Watching that blue pearl disappear and knowing that Al was on his way up…there he was, ordinary Al going up to space," Walker said. 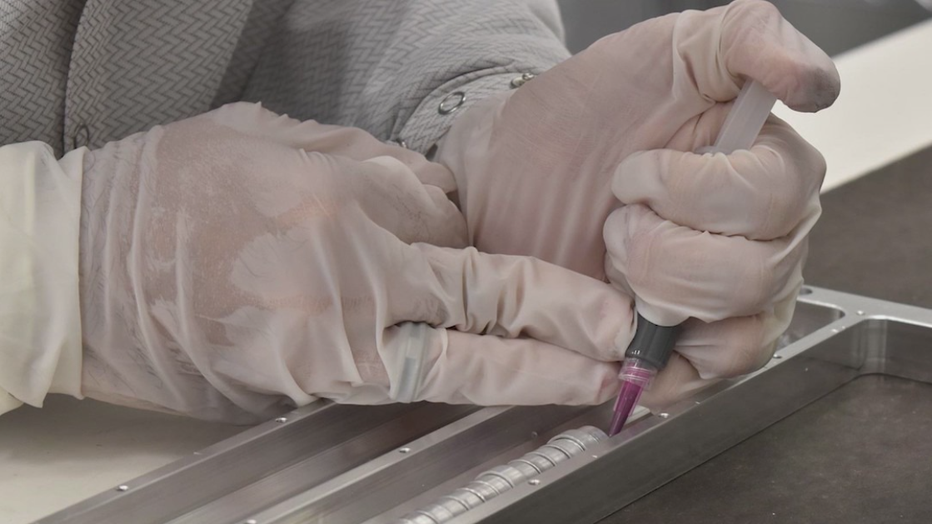 A company called Celestis works with SpaceX to send ashes up in space aboard rockets.

"Think of it like a large watch battery full of remains or DNA. We then place those in a container which is attached to a satellite or the final stage of a rocket and off they go into space," said Charles Chafer, the CEO and Co-founder of Celestis.

Celestis used to have missions every two years. Now, they go up three to four times a year. Chafer says space memorials are less than half the cost of some terrestrial funerals. A one-way trip to the stars costs about $2500.

"It is easier to fly commercially to space these days than it was a few years ago, the second is that the cremation rate in this country is growing dramatically," Chafer said.

Jo-Ann Shannon's husband of 43 years, Dave, was an engineer who worked on the space shuttle program. His remains launched into eternity on the same rocket as Al Reinert. She says it was her final gift to him.

"The feeling when the rocket was taking off, the vibration, I could just picture Dave sitting in there like one of the astronauts -- the view that you would have taking off -- and this was just something with a smile on his face. This is what he wanted to do. I was just thankful that I was able to make that happen."

"We don’t get rid of grief, we can't do that, but we can help add fulfillment and joy along the process and it is a great feeling for us," Chafer said.