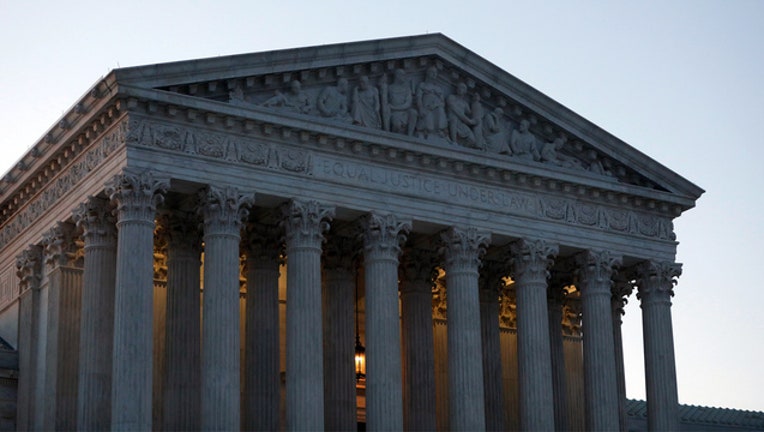 The Supreme Court is seen in the early hours of April 10, 2017 in Washington, DC. (Photo by Aaron P. Bernstein/Getty Images)

TALLAHASSEE, Fla. (NSF) - With the U.S. Supreme Court moving quickly to hear the case, a legal battle about a proposed citizenship question on the 2020 U.S. census could have political ramifications for Florida.

The Supreme Court on Friday agreed to take up the U.S. Department of Commerce’s appeal of a lower-court ruling that would prevent the census from using a question about citizenship. Opponents of asking about citizenship argue it would lead to non-citizens and groups such as Hispanics being less likely to participate in the census because of concerns the information could be used against them or family members.

While the Supreme Court will sort out the legal issues after hearing arguments in April, U.S. District Judge Jesse Furman wrote in a wide-ranging ruling last month that including the citizenship question could hurt Florida and other states with large immigrant populations in the once-a-decade congressional reapportionment process that will follow the Census.

Furman wrote that “Texas, Arizona, Florida, and plaintiffs New York and Illinois face a substantial risk of losing a seat in the next congressional reapportionment because of the addition of a citizenship question to the 2020 census.” Also, Furman found that a citizenship question resulting in population undercounts could hurt specific cities and counties, including Miami, in redistricting.

The Supreme Court case stems from a decision last year by U.S. Commerce Secretary Wilbur Ross to include a question about citizenship in the 2020 census. The move drew legal challenges, including one that was filed by a group of states, cities and counties. Florida was not part of the challenge.

Furman, a U.S. district judge in New York, issued an injunction Jan. 15 against Ross’ decision to include a citizenship question. The ruling said, in part, that Ross violated the federal Administrative Procedures Act because his decision was “arbitrary and capricious” and that he “alternately ignored, cherrypicked, or badly misconstrued the evidence in the record before him; acted irrationally both in light of that evidence and his own stated decisional criteria; and failed to justify significant departures from past policies and practices --- a veritable smorgasbord of classic, clear-cut APA violations.”

“The Secretary considered but rejected concerns that reinstating a citizenship question would reduce the response rate for noncitizens,” the Commerce Department attorneys wrote. “While the Secretary agreed that a ‘significantly lower response rate by non-citizens could reduce the accuracy of the decennial census and increase costs for non-response follow up operations,’ he concluded from his discussions with Department of Commerce personnel, Census Bureau leadership, and outside parties that, to the best of everyone’s knowledge, there was an insufficient empirical basis to conclude that reinstating a citizenship question would, in fact, materially affect response rates.”

For example, the Brennan Center for Justice, which tracks election issues and is part of the New York University School of Law, has projected that Florida could pick up two additional congressional seats after the 2020 census. But Furman’s ruling last month indicates that including a citizenship question on the census could threaten at least part of the additional political clout.

The ruling also said that a population undercount in Florida could affect federal funding that flows to the state for programs such as Medicaid. A variety of federal programs use census data to help determine how much money states should receive.