ORANGE COUNTY, Fla. - The weekend is here and Central Florida will see some warm temperatures and rain on Friday before a big heatwave comes around, possibly bringing the hottest temperatures in years to the area next week!

WHAT IS THE WEATHER FORECAST FOR TODAY AROUND ORLANDO? 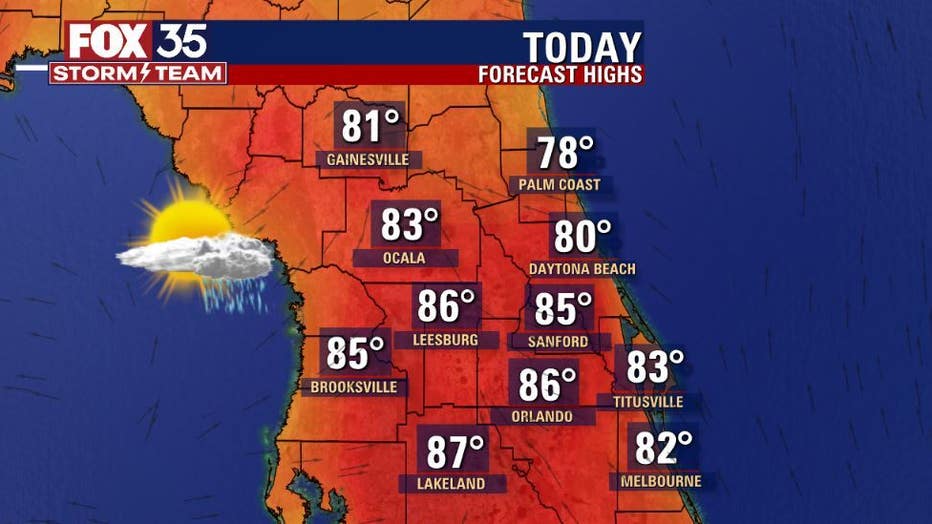 It's a great start to this Friday with plenty of sunshine and comfy temps early. We warm into the mid-80s across the area by the afternoon and the beaches see low 80s. Showers and storms return to the region after 2 p.m.

A few storms could get strong featuring heavy rain and lots of lightning. Storms ease in coverage by mid-late evening. Chances hang in the 50% range, falling to 20% by 11 p.m. 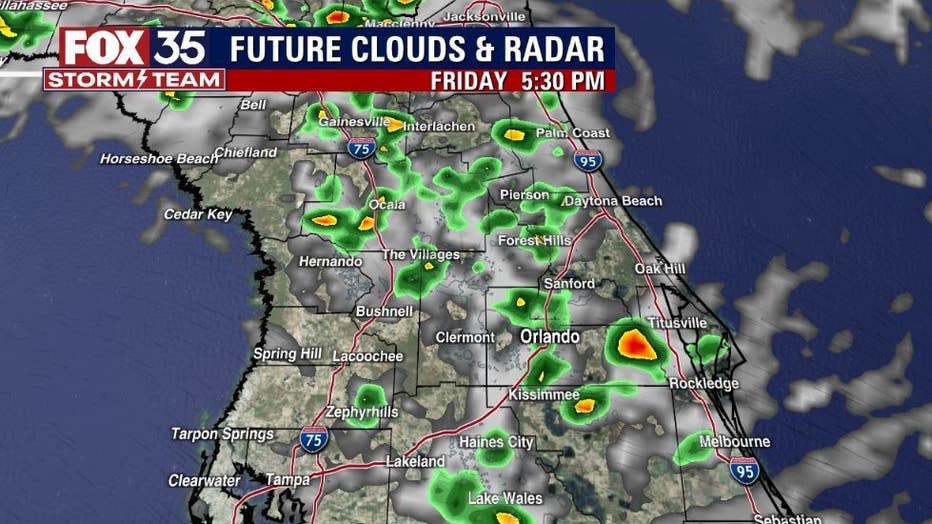 Looking good at the theme parks early in the day, highs head for the mid-80s out at the attractions. Rain chances move up to near 50% after 5 p.m. A few strong storms will be possible with heavy rain and lightning the primary concerns. 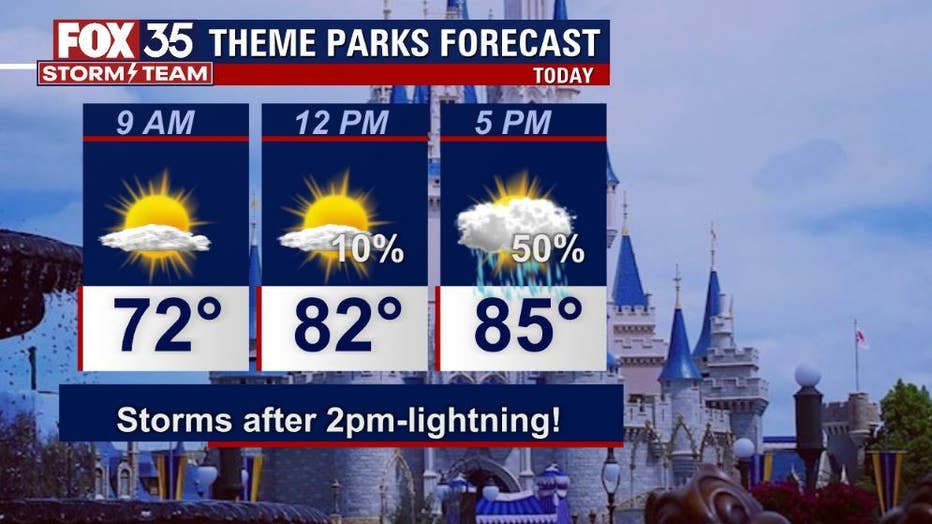 The beaches look decent on this Friday. Plenty of sunshine before clouds increase and rain chances rise. Showers could develop just after 11 a.m. as the seabreeze pops up with storms drifting into the coastal areas after 4 p.m. 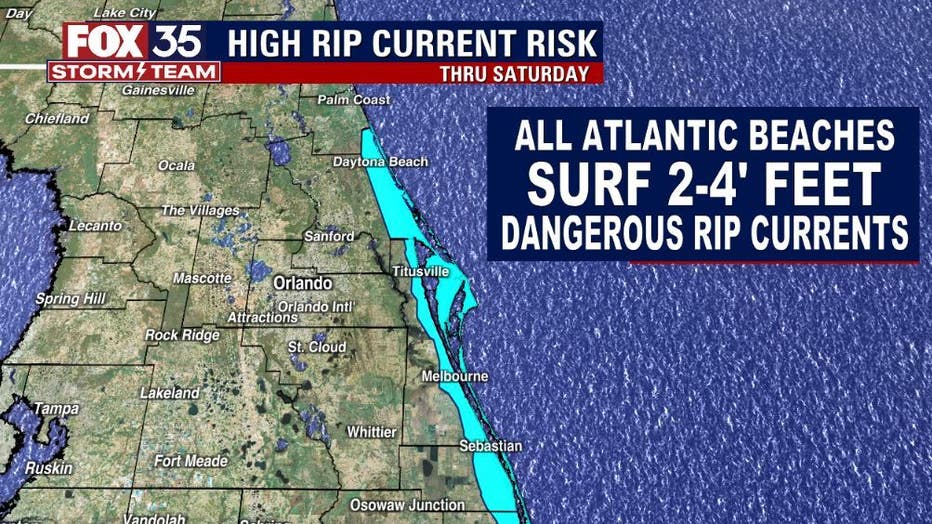 Low rain chances and high heat will dominate the extended forecast. Could threaten records by next week as we move into the mid-90s! Rain chances during this time are slim to none at 20% or less. 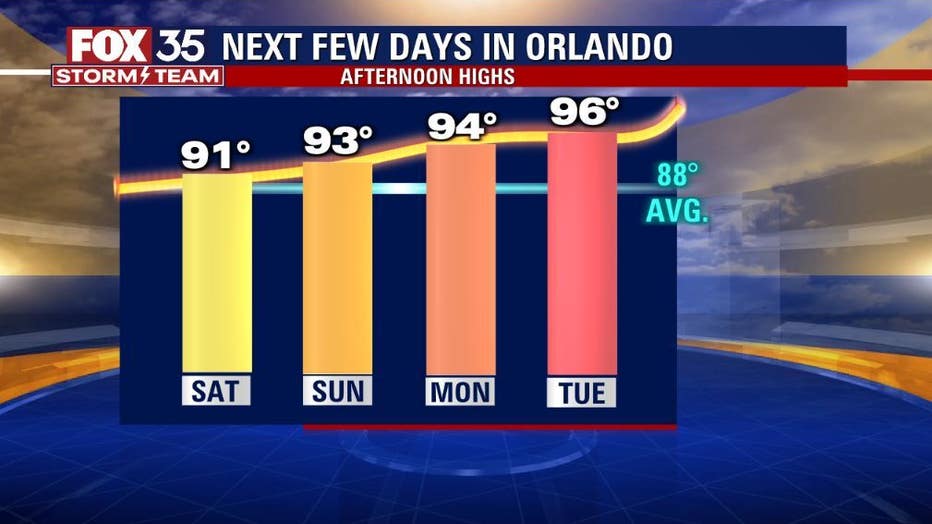 What is to come next week could be the hottest temperatures that we have seen in seven years.

Over the weekend, drier air starts to prevail. Temperatures will climb to the low to mid-90s due to a dip in the jet stream. Headed into next week it will feel like the dead heat of summer with temperatures in the mid-90s on Monday. By Tuesday temperatures reach the upper 90s.

On Wednesday, we have the potential to break a record set back in 1930 of 97 degrees. The forecast calls for a high of 96 degrees on Wednesday, but it could get even hotter. One particular weather model is calling for 102 degrees on Wednesday. That is highly unlikely, but if temperatures reach the 100-degree mark it will be the hottest day since June 15, 2015.