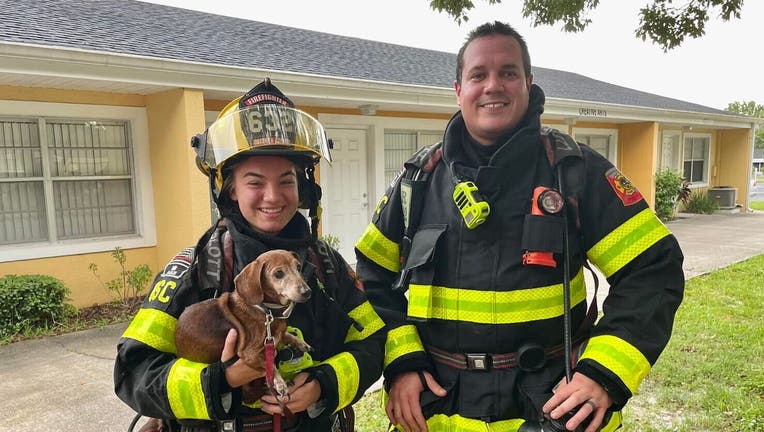 OSCEOLA COUNTY, Fla. - Some hero firefighters not only knocked out a fire at an Osceola County retirement community, they rescued one of the residents pups!

Crews with Osceola County Fire Rescue were called to the Good Samaritan Village on Wednesday after a fire started in the kitchen of one of the units. One resident was treated for smoke inhalation.

In a post on Facebook, two firefighters are seen holding the homeowner's little dog that was rescued from the blaze who appeared to be doing fine.

Fire Rescue says it took about 4 minutes to knock down the fire once they arrived on scene "but that short amount of time is still enough to fill a home with dangerous smoke."

This serves as a reminder to be sure to have an effective evacuation plan for your home.