Tropical disturbance in the Atlantic could have impact on Florida beaches

ORLANDO, Fla. - The chances of further development for a tropical disturbance that formed days after the end of hurricane season have increased, the National Hurricane Center said Tuesday.

"Environmental conditions appear marginally conducive for development and a subtropical or tropical storm could form in the next couple of days," the NHC reports.

FOX 35 Storm Team Chief Meteorologist Jayme King says the disturbance now has a 50-percent chance of developing into a subtropical storm over the next five days. If it does become a named storm, it would be called Owen, the 15th name on the list for the 2022 Atlantic hurricane season. 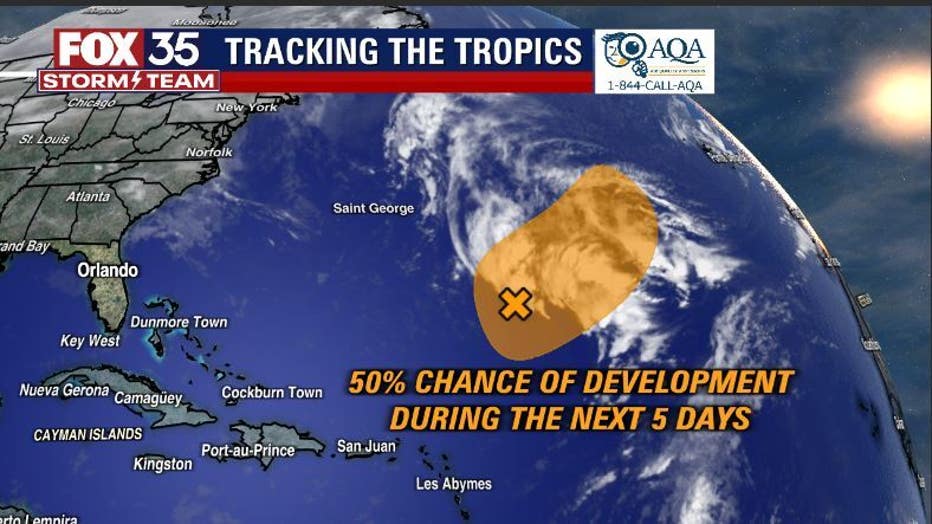 "While Florida won't see wind from this low, increasing East swell will be the theme along the beaches today through the coming weekend," King said Tuesday. "Beach erosion will be possible during times of high tide and rip current risk remains elevated in the high range." 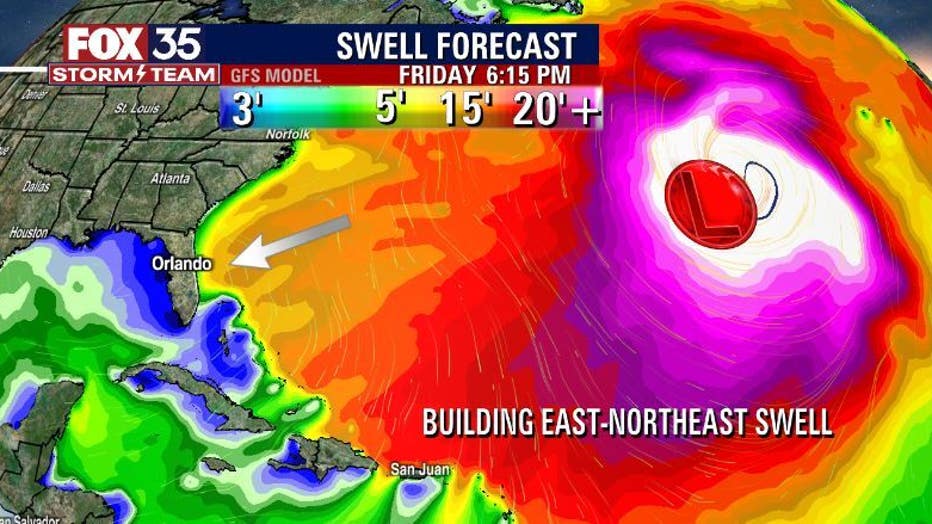 RELATED: Can hurricanes form in December after the season ends?

By Friday, the low is expected to move over cooler waters and interact with a mid-latitude trough, limiting potential of tropical transition after that time.

The formation of a tropical system is very rare after hurricane season ends on Nov. 30. According to King, around 2% of tropical systems have formed during "off months" (December to May) in the years 1851 to 2017.