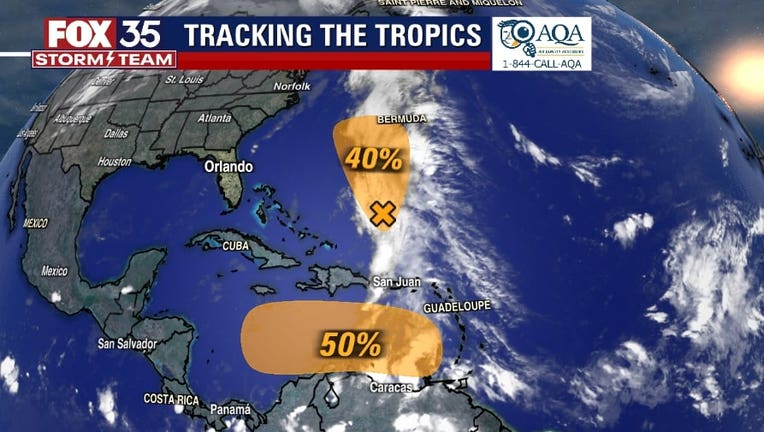 ORLANDO, Fla. - The National Hurricane Center is tracking two disturbances in the Atlantic Ocean that have increased odds of developing.

The first is a trough of low pressure stretching from the eastern Caribbean Sea northward to the southwestern Atlantic. As of Thursday morning, chances of developing are at 40% over the next five days and a subtropical depression could form while the system initially moves northward and then meanders to the west or southwest of Bermuda.

Another area of low pressure is expected to form over the eastern Caribbean Sea this weekend. The NHC says a tropical depression could form by early next week while the disturbance moves generally westward or west-northwestward into the central Caribbean Sea.

Development chances for that system are at 50%. 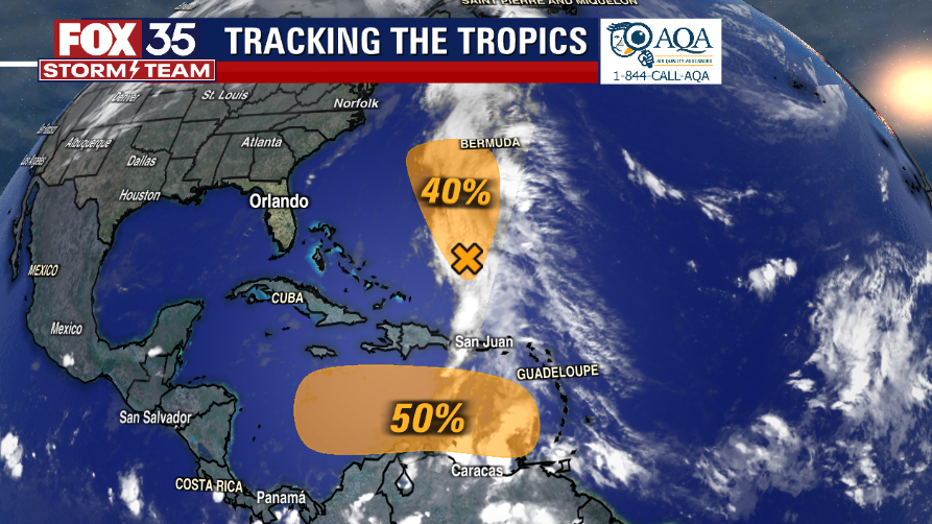 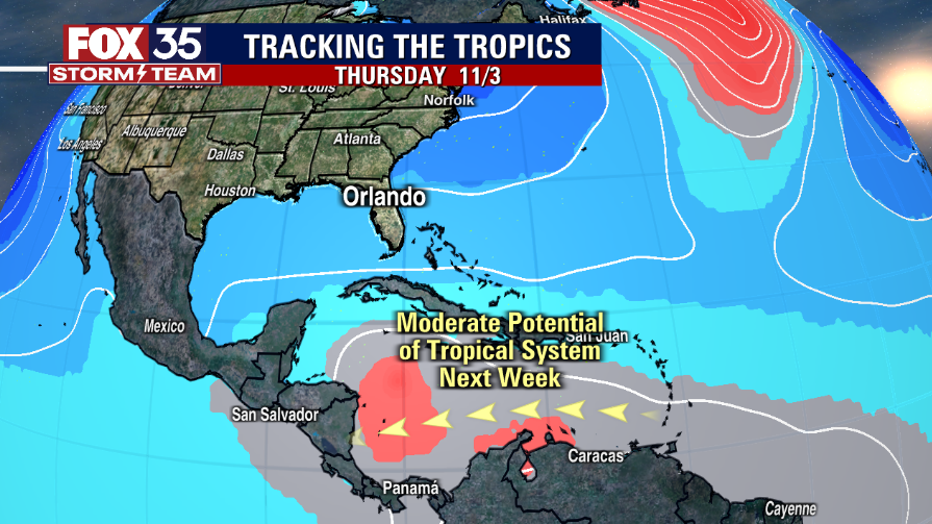 The FOX 35 Storm Team does not expect either system to have any impact on Florida, however, will be monitoring both.

If either system develops into a named storm, the next name on the list is Lisa followed by Martin. The 2022 Atlantic Hurricane Season ends Nov. 30.