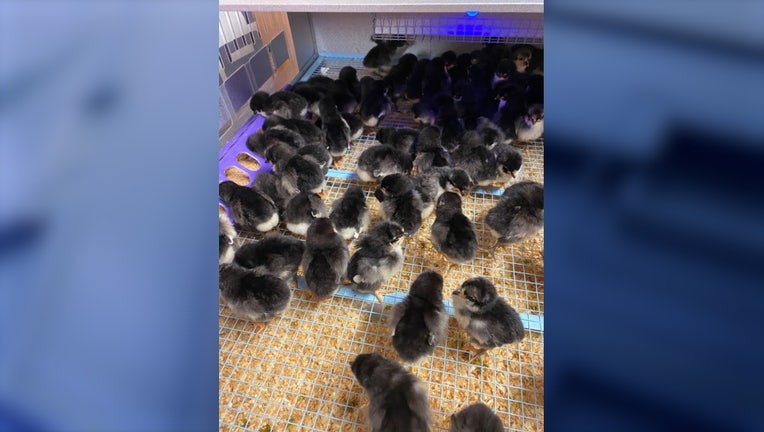 SEMINOLE COUNTY, Fla. - One hundred hatched chickens were delivered to Central Florida this month and the job of the soon-to-be flocks is to help detect mosquito-borne viruses.

These "sentinel chickens" are part of the Seminole County Mosquito Program which aims to stop the spread of mosquito-borne diseases such as Zika, Chikungunya, West Nile Virus, Eastern Equine Encephalitis, and Dengue.

The diseases that mosquitos transmit feed on birds. According to Seminole County, the flocks of chickens placed throughout the area will be regularly tested for the presence of mosquito-borne virus antibodies. If antibodies appear in the testing lab, the county will know which areas have mosquitos carrying viruses. Crews can then treat the area, lower the mosquito population, and prevent the risk of spreading dangerous viruses to people and pets.

Chickens are considered to be great "sentinels" of mosquito-borne illnesses because they do not get sick from the viruses nor can they spread them to other mosquitos, the county said.

For now, the little chicks will be cared for around the clock as crews work to keep them warm and fed until they grow into adult chickens.

Once grown, the chickens will be placed in secure coops at the homes of volunteer hosts throughout Seminole County. The program provides food and cares while they routinely test for virus antibodies from April through November.

When the rainy season ends, the chickens "retire" from their duties as "sentinels" and are given to local farmers for their eggs.