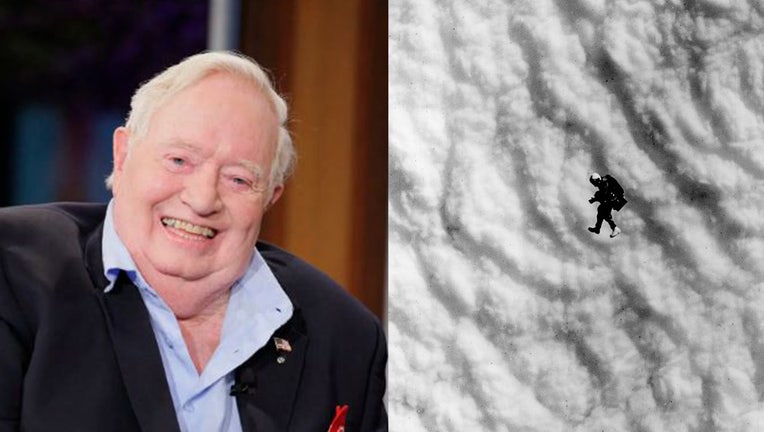 ORLANDO, Fla. - Family and friends are remembering a true American hero. Retired Air Force Col. Joseph Kittinger, whose 1960 parachute jump from more than 100,000 feet above the Earth stood as a world record for more than 50 years, died Friday in Florida after battling lung cancer.

Kittinger was an Air Force captain and pilot. In that role he jumped from a hot air balloon from more than 100,000 feet in the air and did a free fall for miles before he parachuted to the ground. His record stood for more than 50 years.

He retired from the Air Force in 1978 and moved to Orlando where he became a local legend. Kittinger worked for Martin Marietta (now Lockheed Martin) and later became vice president of flight operations for Rosie O'Grady's Flying Circus, part of the Rosie O'Grady's/Church Street Station entertainment complex in downtown Orlando.

MORE NEWS: Florida father stuck in Aruba after falling ill during cruise, family hit with $35,000 fee to get him back

"Our nation lost a legend and hero with the passing of U.S. Air Force Col. Joseph Kittinger," Scott tweeted. "We're forever thankful for his service and contributions to our country."

Kittinger is survived by his wife, Sherri.