The NTSB arrived to start an investigation just hours after a deadly mid-air plane crash during the Wings Over Dallas airshow. But they say it'll be quite a while before they report the findings of the investigation.

DALLAS - Six people were killed in a mid-air collision between two historic planes during an air show at the Dallas Executive Airport on Saturday.

Jenkins said authorities are continuing to work on investigating the crash and notifying family members.

Dallas Fire-Rescue was supposed to be detonating the rest of the pyrotechnics from Saturday's air show at 2 p.m. Sunday, but that was canceled after an on-site inspection.

The Boeing B-17 Flying Fortress and a Bell P-63 Kingcobra collided just after 1 p.m. on Saturday during the Commemorative Air Force’s Wings Over Dallas WWII Airshow. There were between 4,000-6,000 spectators at the show.

People, especially those close to the victims, want to know what caused the crash.

The NTSB arrived hours after the crash, but they said it will be quite a while before they report findings of the investigation.

NTSB gave an update on their investigation into the deadly mid-air collision plane crash during an air show at Dallas Executive Airport Saturday.

Investigators are collecting remnants of the planes while trying to figure out what went wrong.

"This is the beginning of a long process. We will not jump to any conclusions," said Michael Graham, with NTSB.

Video from witnesses obtained by FOX 4 shows the smaller P-63 Kingcobra, with one pilot, and Boeing B-17 Flying Fortress, with five crew members on board, colliding and then bursting into flames after hitting the ground.

All six on board the two planes were killed. 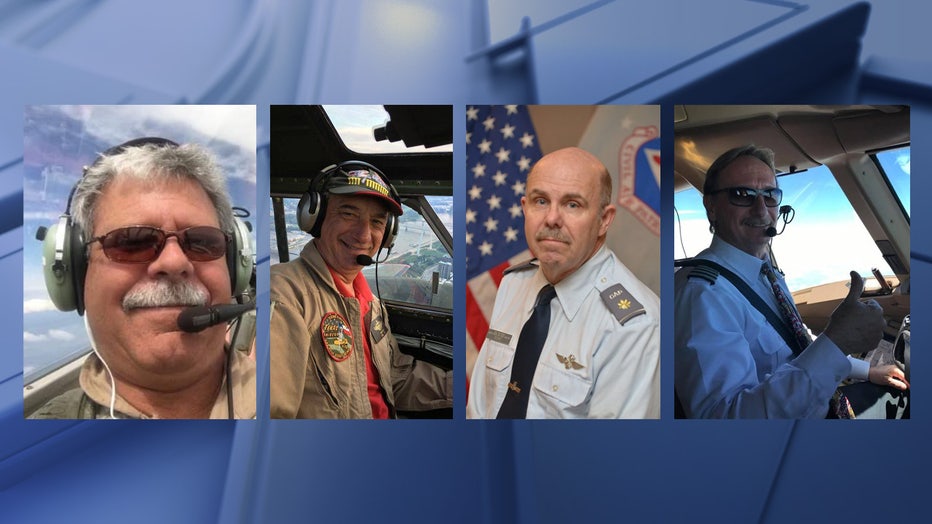 We don’t know what may have been said in the seconds leading up to and during the crash.

"Neither aircraft was equipped with a flight data recorder or a cockpit voice recorder, often known as the black box," Graham explained.

More than several thousand people were watching from the air show.

Graham said air shows have what’s called a box, or an FAA designated airspace where planes are only allowed to perform, and there should not be vehicles or people underneath.

The planes were flying above a shopping center and U.S. Highway 67, heading toward the airport, when they crashed, but the NTSB said planes are allowed to leave the space to set up for maneuvers.

Video from witnesses obtained by FOX 4 shows two planes colliding in the air during the Wings Over Dallas WWII Airshow at the Dallas Executive Airport. (Video courtesy Valerie Dinh.)

It’s unclear if the planes were following those guidelines or performing outside the box.

"So this is one of the areas we will be looking at very closely," Graham said.

The NTSB said it does not know if the two planes had approval to fly at a similar height.

"One of the things we would probably, most likely, be trying to determine is why those aircraft were at co-altitude in the same airspace at the same time," Graham added.

NTSB crews are removing wreckage from the airfield to analyze it at a different location. Graham said that’s standard practice.

"We are here to collect all the evidence, conduct interviews with the operations, the air show operations and the other performers," Graham said. "That’ll be part of our analysis over the weeks and months to come."

Six people were killed when two planes collided in the air during a Dallas airshow. Those who were killed were all pilots or crew members. They were all volunteers, including some retired pilots, veterans, and a former Keller City Council member.

The Allied Pilots Association said two of its members – Terry Barker and Len Root – were among those who died in the crash.

The Ohio Wing Civil Air Patrol confirmed one of its own, Major Curtis J. Rowe, died in Saturday’s collision.