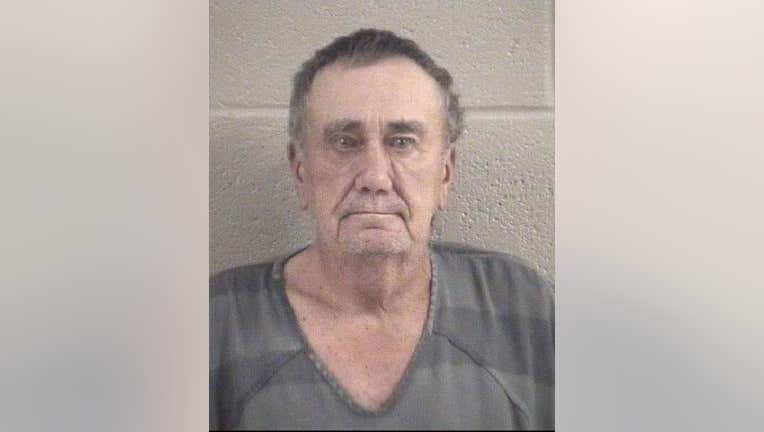 MARION COUNTY, Fla. - A 71-year-old Marion County man has been arrested, accused of sexual battery on a victim under 12-years-old.

James Andrew Davis was arrested on Wednesday by the Whitfield County Sheriff’s Office in Georgia on a Marion County warrant.

The Marion County Sheriff's Office says they learned on May 16 that Davis was sexually abusing a juvenile victim throughout the past year. The victim reportedly told deputies that Davis inappropriately touched and sexually battered him numerous times in exchange for toys, art supplies, and money.

"The victim stated Davis would repeatedly offer to buy him things and give him money so that he would not disclose the abuse," the sheriff's office said in a press release. "Davis also reportedly told the victim that he had done the same thing with other victims ‘for a very long time.’"

According to deputies, Davis volunteers as the Treasurer for Florida Kids Helping Kids in Belleview.

David was reportedly hiding from law enforcement at a home in Dalton, Georgia when he was arrested. He is held without bond and awaiting transport to the Marion County Jail.

The Marion County Sheriff's Office believes there could be more victims.

Anyone with information in reference to other victims of James Davis, please contact Detective Batts at 352-368-3847.