Dog survives after being shot in the face

A DeBary man is behind bars after deputies say he shot the family dog between the eyes while children were just a room away after a fight with his girlfriend. Amazingly, the dog survived.

DEBARY, Fla. - A DeBary man is behind bars after deputies say he shot the family dog between the eyes while children were just a room away after a fight with his girlfriend.

Steven Parsons, 34, is facing charges of animal cruelty, child abuse and shooting into a dwelling.

Investigators responded to a domestic disturbance call at the home on Lake Drive. Deputies say the disturbance stemmed from Parsons’ girlfriend hiding his guns from him because he was intoxicated and made a comment about using them on himself.

The woman told deputies Parsons became aggressive after she hid the guns, and she left the house to get away from him. Deputies went inside the home to check on the 8-year-old boy and 10-year-old girl inside, who were uninjured. 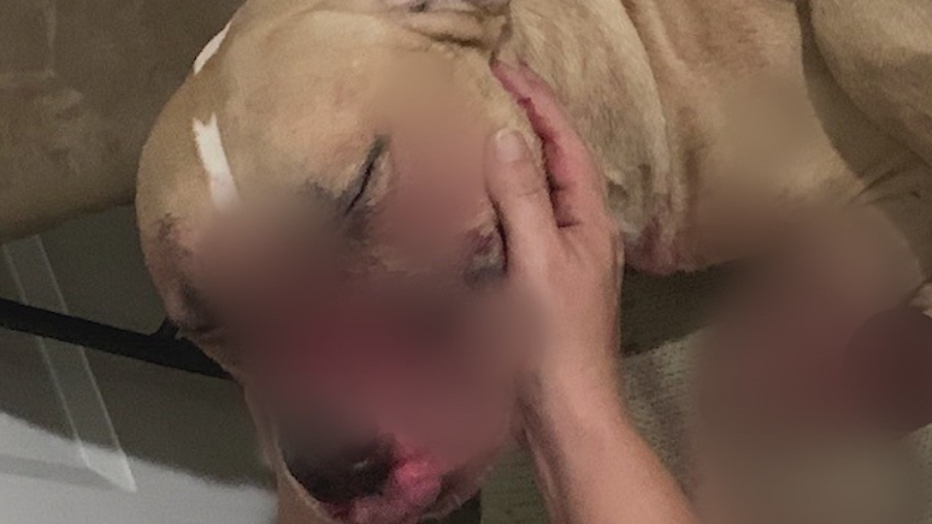 "Deputies immediately noticed blood throughout the house, and moments later they were greeted by a pit bull mix, who came around a corner bleeding heavily with an apparent gunshot wound between the eyes."

Authorities say the dog, named Chappo, was friendly and walking around wagging its tail despite the injury. Parsons reportedly told deputies he shot the dog because it bit him. Parsons’ girlfriend told deputies the dog is protective of her and bit Parsons on the hand because he was yelling.

Parsons was taken to the Volusia County Branch Jail. He is being held without bond.

The girlfriend took Chappo to an emergency animal clinic in Daytona Beach for treatment.

In an update, authorities say Chappo was kept overnight for observation and was then allowed to go home.

He is expected to be OK.

Deputy: "Stop resisting and do what you’re told."

Suspect: "Are we really taking me to jail over this?"

His girlfriend told dispatchers she walked away from the home until deputies arrived.

"I walked down the road. I’m about three houses down now. My kids are in there," she said.

At his first appearance Friday afternoon, a judge set his bond on the recent charges at a total of $80,000.

However, he will be held without bond for violating pre-trial conditions on a separate case.