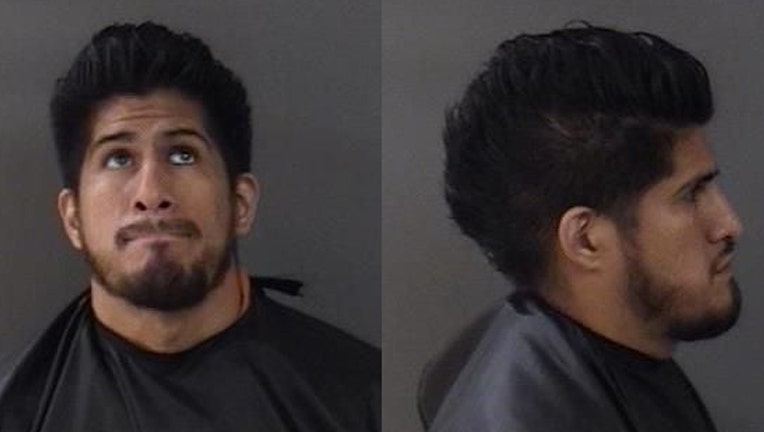 INDIAN RIVER, Fla. - Deputies said that a Florida man who was arrested after having sex with a minor tried to wash away the evidence of it by urinating on himself.

The Indian River County Sheriff's Office said that a 33-year-old Miami man was arrested after urinating on himself and then using a cup of water to try to wash away evidence of sexual relations with a 13-year-old girl he picked up over the weekend.

They said the man, who they identified as Carlos Lagos, was arrested after he dropped the girl off near her home. He was told upon his arrest, that he would be subject to a body search and that swabs from his body would be taken.

This is when he reportedly tried to wash away any remaining evidence.

"Lagos drove the girl to the McDonalds near Interstate 95 and County Road 512 to get food. They then drove to the RaceTrack gas station parking lot, where they parked. The girl told investigators that’s where Lagos sexually assaulted her," the Sheriff's Office said on Facebook. "When he was done, he asked her if she wanted to be pregnant. When she said no, they drove to an area Walgreen’s where he bought Plan B, an emergency contraception pill, and she took it."

They said that Lagos then drove the girl to the area near her home. During the drive, she texted her sister and said she was scared. She described Lagos' vehicle and that led law enforcement to him.

"Our agency will not stand idly by while monsters prey on our youth," said Sheriff Eric Flowers. "You can expect more arrests as we continue to increase our proactive approach and get these predators behind bars."

However, while Lagos was taken into custody, deputies said that he has since bonded out.