Two people have been arrested in Lee County after deputies say they left a puppy abandoned in a parking lot with its mouth taped shut.

LEE COUNTY, Fla. - A couple has been arrested after authorities say a puppy was found inside a vehicle in a Walmart parking lot with its mouth taped shut.

The Lee County Sheriff's Office says that, on Wednesday night, deputies responded to a call about a puppy inside of a vehicle in distress, halfway hanging out of a window, with his mouth taped shut.

"It disgusts me that an innocent puppy was left alone in a vehicle, unable to eat, breathe, or drink," said Lee County Sheriff Carmine Marceno. "This type of behavior will not be tolerated in Lee County."

Deputies sad they found the puppy in a Blue Hyundai SUV in the parking lot of Walmart in Estero. There was also another dog inside of the vehicle.

Authorities say they made contact with the dog's owners, Jaelen Anthony Barge and Allison Marie Sweck. 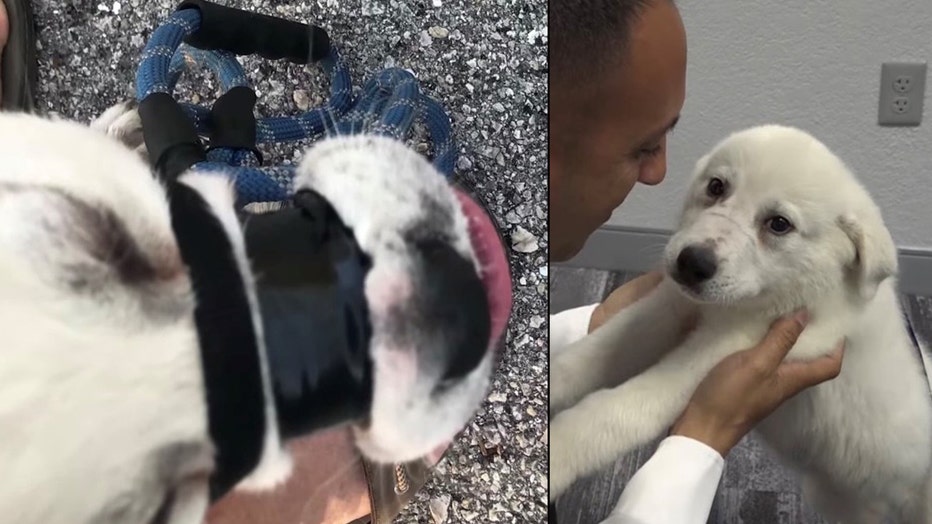 "Deputies discovered the suspects taped and tightly wrapped a training lead around the puppy’s snout to prevent the puppy from nipping them," the sheriff's office reported. "While investigating, detectives learned the proper use of the training led the suspects utilized is to provide gentle control to help keep a dog from pulling during walks, not to be used as a muzzle."

Deputies say the puppies were also left alone without accessible food or water. 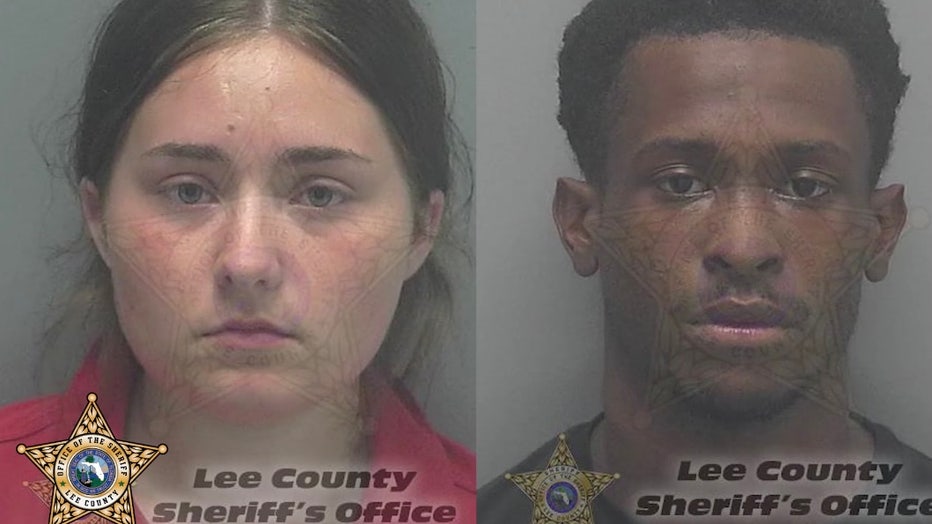 "It is unbelievable something so senseless could occur," stated Sheriff Marceno. "I am proud to say due to the hard work of our detectives, these heartless criminals are behind bars where they belong."

Both Barge and Sweck were arrested and booked at the Lee County Jail. They have been charged with one count each of Aggravated Animal Cruelty and one count of Animal Cruelty.

"We are also happy to report that the puppy with its mouth taped shut, a 9-week-old Great Pyrenees, is now safe and recovering at the Lee County Domestic Animal Services."

Back in 2019, the Lee County Sheriff's Office also discovered another dog whose mouth was taped shut, dehydrated, malnourished, and bleeding. They adopted him and he's now known as Deputy Chance.