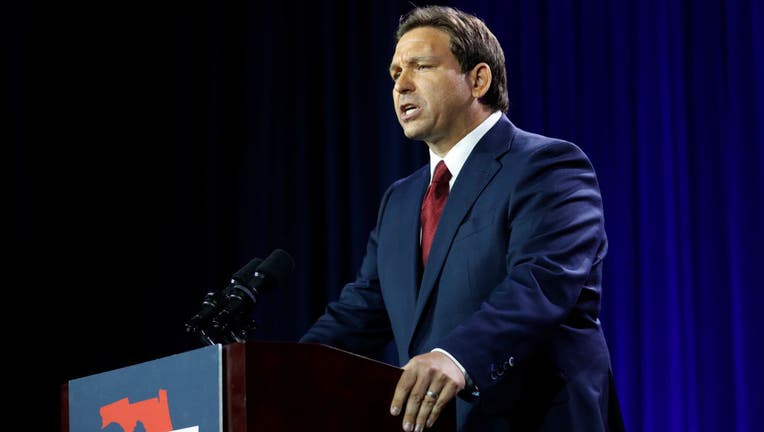 TALLAHASSEE, Fla. - Continuing to target treatment for transgender people, Gov. Ron DeSantis’ administration is requiring state universities to provide information from the past five years about services they have provided to people with gender dysphoria, according to documents released Wednesday.

It also seeks breakdowns of the information by age. Answers are due by Feb. 10.

The memo and an accompanying document did not detail what the DeSantis administration will do with the information dating back to Jan. 1, 2018. But the administration has taken a series of steps during the past year to curb treatment for transgender people, including prohibiting Medicaid coverage for such treatments as puberty blockers, hormone therapy and gender-reassignment surgery.

DeSantis, who is widely viewed as a potential 2024 Republican presidential candidate, also has taken aim at what he has called "trendy ideology" in colleges and universities. As an example, Spencer on Dec. 28 issued a memo that required colleges and universities to provide "a comprehensive list of all staff, programs and campus activities related to diversity, equity and inclusion and critical race theory."

The memo last week said the governor’s office "has learned that several state universities provide services to persons suffering from gender dysphoria." The federal government defines gender dysphoria as clinically "significant distress that a person may feel when sex or gender assigned at birth is not the same as their identity."

The University of Florida’s UF Health, for instance, says on its website that "UF Health is committed to improving the health and well-being of transgender and non-binary individuals in the communities we serve."

"At UF Health, we aim to provide compassionate, evidence-driven care for our patients of the transgender and gender non-binary communities," the website says. "Our multidisciplinary approach allows our patients to work with a physician to develop a care plan that meets their specific needs. We are committed to providing comprehensive primary care, hormone management, behavioral health, surgical services and more."

Similarly, the University of South Florida’s USF Health says on its website, "We provide specialized services for individuals who are going through the phases of gender affirmation. As an academic medical center, we have a multispecialty approach to providing comprehensive care to the transgender community."

The document that accompanied Spencer’s memo gave an instruction that universities "provide all information or data for all individuals, including those who were under 18 at the time of any encounter or treatment, as the case may be."

The memo also made clear that the universities should not provide information that would identify patients.

"Please ensure all responses do not contain personally identifiable information or protected health information and are provided in an aggregated and de-identified format," the memo said.