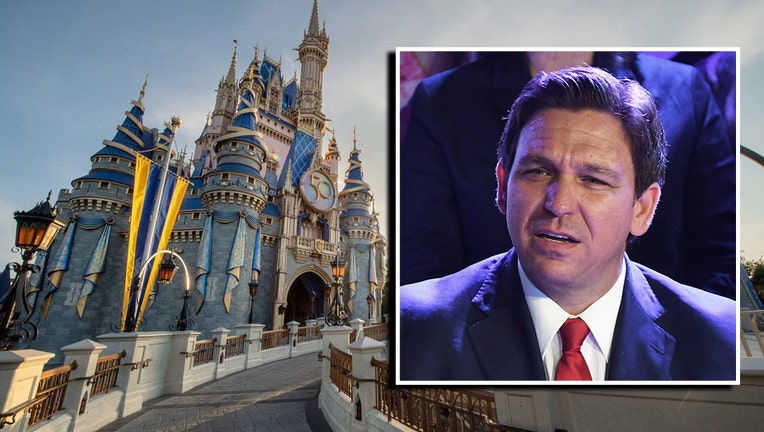 ORLANDO, Fla. - A plan was announced Friday to introduce a bill into the Florida Legislature that would replace Walt Disney World's special self-governing power with a state-run board.

It will also ensure that the company will pay upwards of $700 million dollars in unsecured debt accumulated by Disney’s special jurisdiction — known as the Reedy Creek Improvement District — and not Orange County taxpayers, according to the sources.

Last year, DeSantis signed a measure into law dissolving Walt Disney World’s special governing power in the state after the company publicly opposed a new parental rights law in the state. At the bill signing ceremony, the Florida Republican said Disney lied about the "Parental Rights in Education" law's contents and that he viewed the company’s vow to fight it as unacceptable.

"The Governor is doing exactly what he said he would. Disney can no longer have its own government and own taxing authority, and Disney—not taxpayers—will have to be responsible for any financial consequences. While this will be painful for Disney, I expect businesses throughout the state will be proud of their Governor for making it clear that he doesn’t care who you are, or how politically connected you may be - no one gets special treatment in Florida," said Adrian Lukis, a former chief of staff to Governor DeSantis.

The Financial Times in December reported that lawmakers were preparing to reverse course on the move to eliminate Disney World's special status. A DeSantis spokesperson denied the claim.

"Governor DeSantis does not make ‘U-turns,’" a spokesperson told Fox News in a statement. "The governor was right to champion removing the extraordinary benefit given to one company through the Reedy Creek Improvement District."

"We will have an even playing field for businesses in Florida, and the state certainly owes no special favors to one company," the spokesperson continued. "Disney's debts will not fall on the taxpayers of Florida. A plan is in the works and will be released soon."

The Reedy Creek Improvement Act was signed into law in May 1967 by Gov. Claude Kirk following Disney lobbying efforts. The entertainment giant proposed building a recreation-oriented development on 25,000 acres of property in a remote area of Central Florida's Orange and Osceola counties, which consisted of 38.5 square miles of largely uninhabited pasture and swampland.

Orange and Osceola Counties did not have the services or resources needed to bring the project to life, so the state legislature worked with Disney to establish the Reedy Creek Improvement District, a special taxing district that allows the company to act with the same authority and responsibility as a county government.