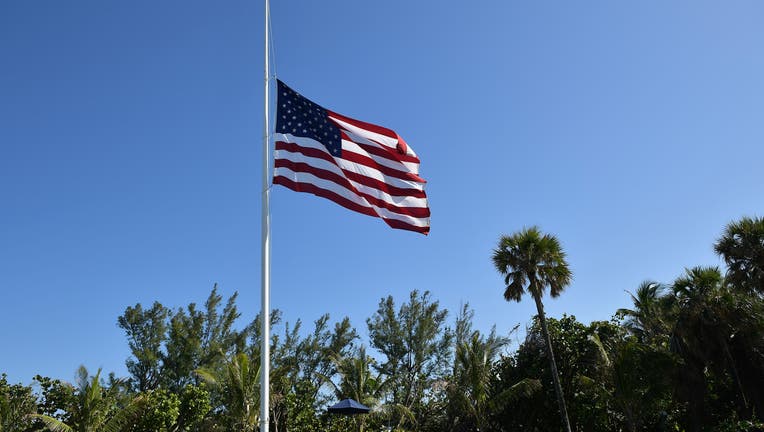 The US flag flies at half-staff at US President Donald Trump's Mar-a-Lago resort in Palm Beach, Florida. (Photo by MANDEL NGAN / AFP)

On December 6, 2019, authorities said that an aviation student from Saudi Arabia opened fire in a classroom building on Friday at the Naval Air Station in Pensacola, leaving at least four people dead, including the gunman, and several others wounded.

They said that the student was a second lieutenant in the Saudi Air Force. 11 total were shot and among the injured were two sheriff’s deputies who were the first to respond, one of which killed the suspect.

Governor DeSantis issued a proclamation stating December 6 in Florida is now 'Naval Air Station Pensacola Remembrace Day' in honor of the "survivors, family, and friends of those we lost on that tragic day."

"NAS Pensacola is a special place where brave warriors who wear the wings come for flight training to protect and serve our great nation," the proclomation said. "Our military men and women deserve our utmost respect for the selfless service and sacrifice they demonstrate on behalf of the timeless truths our nation holds dear."

With that, flags were ordered to fly at half-staff across the state.

NAS Pensacola, which is located along the waterfront southwest of downtown Pensacola, employs more than 16,000 military and 7,400 civilian personnel, according to its website. It serves as the home for the Blue Angels flight demonstration team, as well as the headquarters for Naval Education Training Command.