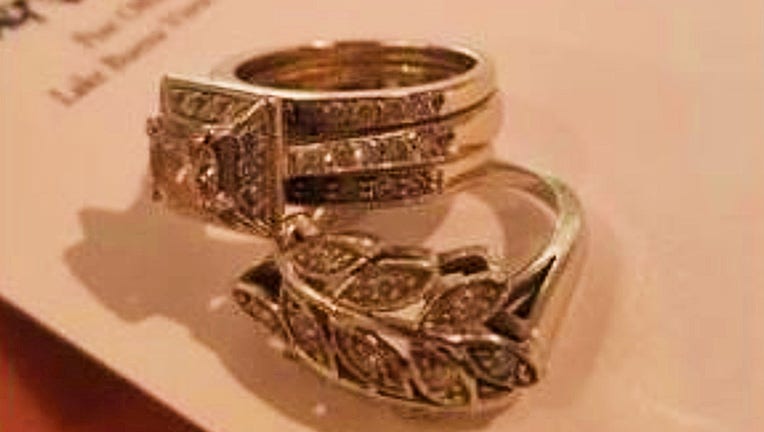 A bus driver at Walt Disney World Resort is being credited with returning two very special rings to a guest who lost them while visiting the parks last week.

LAKE MARY, Fla. - A bus driver at Walt Disney World Resort is being credited with returning two very special rings to a guest who lost them while visiting the parks last week.

"Almost a week later I’m still counting my blessings," wrote Clare Huddleston in a Facebook post. "Obviously, my engagement/wedding ring is super special to me, but the other ring is too because my grandmother gave it to me."

Huddleston is an anchor and reporter for WBRC-TV in Birmingham, Alabama, and documented her recent visit to Orlando on the station's website.

While visiting Hollywood Studios on Thursday, she said she took her rings off and placed them in her lap as she was applying sunscreen on her kids while waiting at a bus stop.

"However, when the bus pulled up, I was in a hurry to get all the kids and the stroller on the bus that I stood up - forgetting about my rings - and loaded the bus," she wrote. 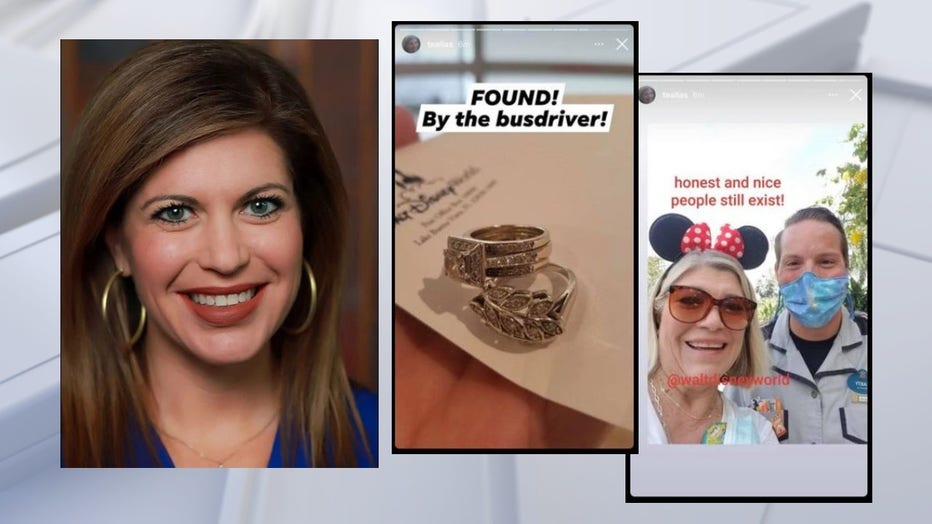 She was devastated to discover the rings were missing about two hours later while standing in Star Wars Galaxy's Edge.

"I knew exactly what had happened."

Luckily, Huddleston's parents had stayed behind at the resort so she asked them if they could check the bus stop for the missing rings or see if anyone had turned them into the lost-and-found at the Contemporary Resort.

"Low and behold our sweet bus driver named Marty had found them under the bench at the bus stop and turned them in at the front desk!!!" she wrote. "I could not believe it when my mom told me!!!"

She said her parents tried to give Marty a monetary reward, but he would not accept it.  Instead, her mother took a selfie with him and posted the story on social media.

"I think my mom said it best in her post ‘honest and nice people still exist.’ Thank you, Marty, for being honest and kind," wrote a grateful Huddleston.