Dog abandoned at Orlando hotel reunited with family after 7 years

This was a happy ending years in the making: a senior dog that ran away from her home in Texas seven years ago is finally back with her owners after being found abandoned at a hotel in Orlando, Florida.

ORANGE COUNTY, Fla. - This was a happy ending years in the making: a senior dog that ran away from her home in Texas seven years ago is finally back with her owners after being found abandoned at a hotel in Orlando, Florida.

Orange County Animal Services said they responded to a call earlier this month about a dog that had been left behind in a hotel room and could barely walk. This is how they met Jazzy.

They estimated Jazzy to be around 9 - 10 years old, but she was actually a little older and in bad shape. 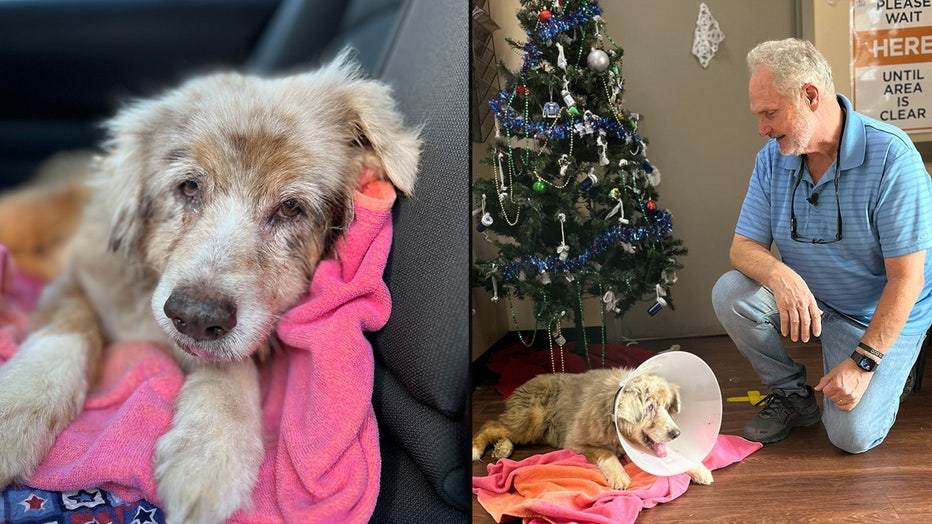 "She had a bad case of arthritis, but was extremely sweet and gentle and allowed us to care for her as best we could. We knew in her condition she'd be hard to find a home for," the shelter wrote on Facebook. "People line up outside our doors for puppies and small dogs; seniors always get overlooked and ignored."

While examining Jazzy, they found out she was microchipped. The staff tracked down the information and it came back to a family in Texas. It was the Christmas gift the family had been waiting seven long years for.

"You see, Jazzy was 12-years-old, and she had been 5-years-old when she had gotten spooked by fireworks and run away," the shelter explained. "The family was unable to find her anywhere. They searched for her for a long time, and even after seven years, they never gave up hope."

Narwhal the 'unicorn puppy' with tail coming out of head is all grown up now: See photos

Florida man reunited with dog lost in California 7 months ago

Must-see Christmas light displays in Orlando and around Central Florida

Given that Jazzy was now a senior, had health problems, and was in rough condition, the shelter let the family know their options.

"They never hesitated. Kerry, Jazzy's owner, jumped on a plane from Texas to Florida a few days later, and today, we reunited them."

The shelter said Jazzy came to life at the sound of her owner's voice and couldn't take her eyes off him. After all these years, Jazzy was finally reunited with her daddy.

"She licked his hand again and again and inched her body as close as she could to him. After all those years, her heart still remembered, and was finally whole."

Orange County Animal Services said joyful reunions like this are what make what they do worth every minute.

"If we could bottle this type of love and give it to every adopter, we would… We don't know how Jazzy wound up here in Orlando, or what her life has been like. But after seven years, Jazzy was finally going home."