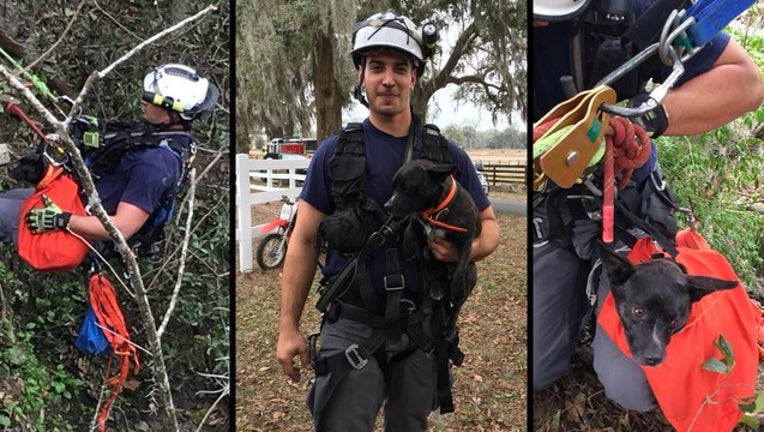 CITRA, Fla. (FOX 35 WOFL) - The Marion County Fire Rescue posted onto Facebook that one of their crews rescued a dog from 30-foot hole.

They say that on January 20th, units were dispatched to NW 140th Street in Citra, Florida regarding a citizen's arrest and animal rescue.

Upon arrival, crews say that they believe that Dora the dog was exploring on her own when she fell into a hole about 30-feet deep.

Crews, with the help of A Special Operations Technical Rescue team, reportedly performed a rope rescue utilizing a twin tension system of ropes and pulleys. They were able to lower a technician into the hole and bring Dora out.

No animals or firefighters were injured during this rescue.