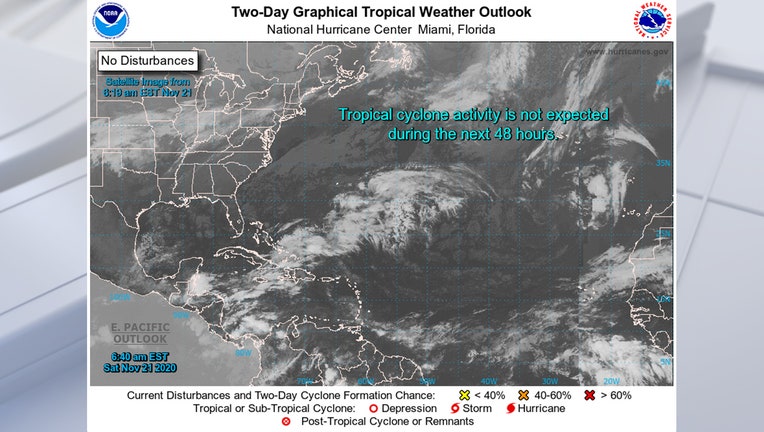 TAMPA, Fla. - The agency charged with issuing tropical weather forecasts will begin sending updates earlier in the year, but the official start of hurricane season will remain where it is, officials announced Tuesday.

Of course, the nominal start of hurricane season has no effect on when storms form, but some experts had hoped a change would accelerate residents' preparations and improve awareness.

READ: 2020 hurricane season, the most active on record, comes to an end

The list of hurricane names was exhausted and forecasters turned to the Greek alphabet for only the second time ever. Hurricane Iota was the last storm to form and was the second to blast Nicaragua’s Caribbean coast in two weeks.

Six of the storms were considered major hurricanes with winds topping 111 miles per hour.