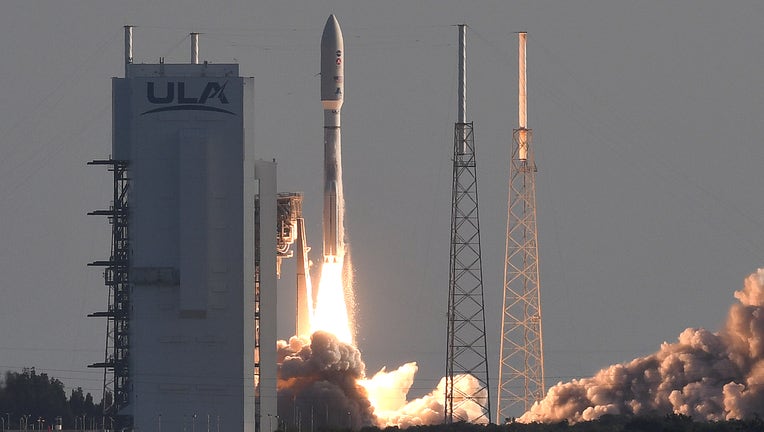 LAKE MARY, Fla. - Due to impending inclement weather from tropical depression Eta, United Launch Alliance announced on Friday that the launch of an Atlas V rocket is now being moved to Wednesday, Nov. 11.

The launch was planned for Sunday; however, weather forecasts show Florida could be dealing with heavy rain and wind gusts on Sunday due to the tropical system.

There was also an issue with the remotely commanded ground system liquid oxygen valves, which ULA has been resolved and the "rocket and payload are healthy."

Eta was forecast to become a tropical storm again on Saturday as it moved over the Caribbean Sea and the U.S. National Hurricane Center issued tropical storm watches for the northwestern Bahamas, southern Florida and the Florida Keys. The center of Eta was expected to approach the Cayman Islands Saturday, be near Cuba Saturday night and Sunday, and approach the Florida Keys or south Florida late Sunday.

The Atlas V has been moved back to the Vertical Integration Facility (VIF) to secure the payload and vehicle. The rocket will carry the NROL-101 mission for the National Reconnaissance Office