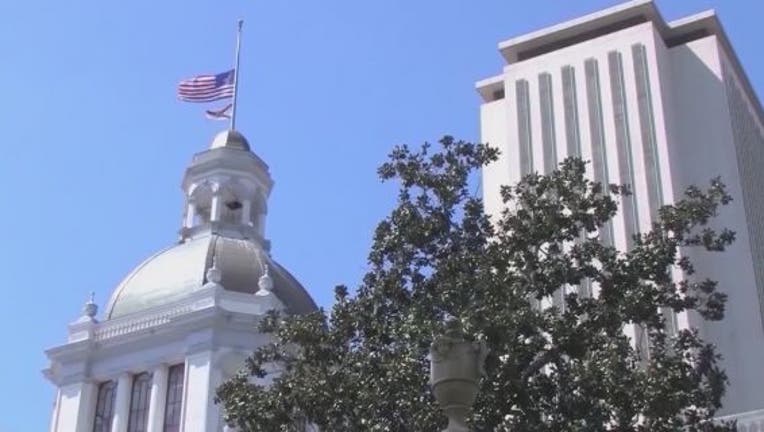 TALLAHASSEE - A Tallahassee man has been arrested after federal agents say he was planning to violently confront protesters at the state Capitol this weekend and wanted others to help him.

Law enforcement says that Daniel Baker was arrested for transmission, in interstate commerce, of communication containing a threat to kidnap or to injure. He was taken into custody without incident with assistance from the Florida Department of Law Enforcement and the Tallahassee Police Department.

According to the FBI Jacksonville, Baker "specifically called for others to join him in encircling any protestors and confining them at the Capitol complex using firearms."

Baker has reportedly made multiple violent threats to those he claims are white supremacists and fascists and has promoted the killing of United States military officers, according to a criminal complaint.

Baker, a former U.S. Army Airborne infantryman who was kicked out of the service, has reportedly used social media as a way to "promote, encourage, and educate his followers on how to incapacitate and debilitate law enforcement officers."  The FBI says he can be seen in photos and YouTube videos with a variety of firearms, including those with high-capacity magazines.

Authorities say his social media posts within the last 24-48 hours show that he was actively attempting to purchase additional firearms.

"Daniel Baker’s actions show that he is a dangerous extremist, and the law-abiding public is safer now that he has been arrested," said Lawrence Keefe, United States Attorney for the Northern District of Florida.