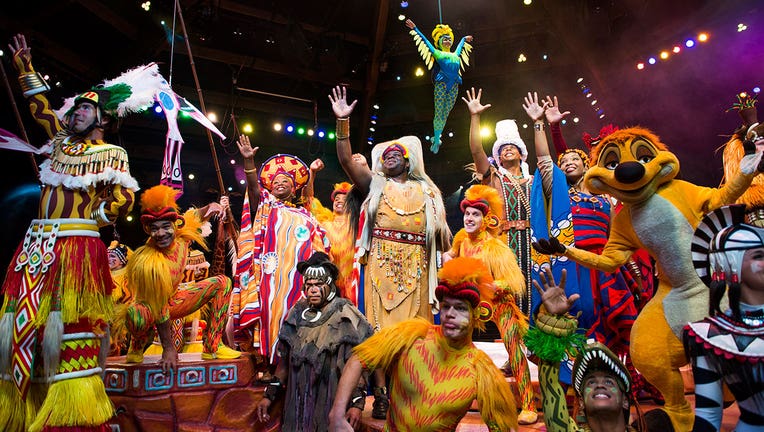 ORLANDO, Fla. - The king will return.

Disney announced on Thursday that the popular live stage show ‘Festival of the Lion King’ will return to Animal Kingdom’s Harambe Theatre this summer – with some changes.

According to Disney Parks Blog, the show will be a modified format to be mindful of the current safety measures in place due to the COVID-19 pandemic.

"There will be adjustments to the show on stage and backstage, including updates to choreography to allow for appropriate physical distancing. We’ll also adjust how the audience is seated, in line with other theater-based experiences at Walt Disney World Resort."

The show, which features floats, singers, acrobats and music from the hit film ‘The Lion King,’ has not run since the theme parks shut down last year amid the pandemic. The theme parks reopened in July, but without live stage shows.

RELATED: Walt Disney World could remain at reduced capacity until 2022

"We are thrilled to be starting the process of bringing back to work more singers, dancers, technicians and other cast members, from one of the most popular shows at Walt Disney World Resort."