The Florida Highway Patrol (FHP) says a second passenger in a wreck caused by apparent street racing has died.

FHP says a 23-year-old woman passed away Wednesday morning due to injuries she suffered in the crash earlier this month. She was pronounced dead at Osceola County Regional Hospital.

The crash also killed an 11-year-old girl in the same vehicle. A third victim, a 35-year-old female, suffered serious injuries.

According to FHP, the three vehicles involved in the crash were traveling westbound on US-192 in Orange County. The crash was originally reported to have happened in Osceola County.

FHP says a Dodge Charger was traveling behind a Toyota SUV carrying the 11-year-old girl and the two other females. The Charger reportedly failed to slow down as it approached the SUV and struck it from behind. The SUV traveled into the median and collided with a warning sign. The Charger ended up hitting a speed limit sign.

A third vehicle, a Kia Optima, was hit by debris.

The 11-year-old girl died at the hospital. The other 23-year-old passenger died Wednesday morning around 2 a.m.

The drivers of the Charger and Optima, 17 and 19-years-old, were not hurt. 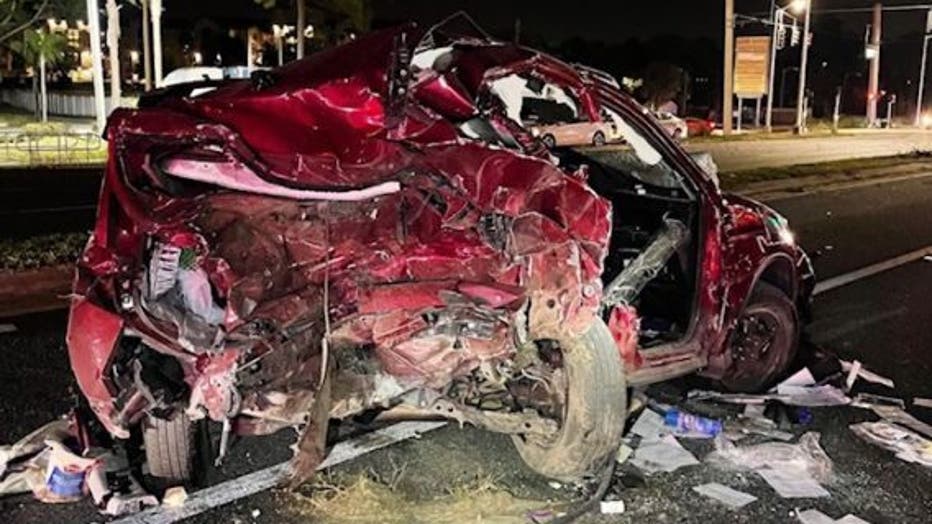 According to witnesses, the drivers of the Charger and Optima were "actively engaged in a street race, prior to the collision."

"Here is what’s left of the victim’s Toyota RAV 4," FHP tweeted. "Troopers have been out in force, for the past year, trying to stop what happened last night. This crash was 100% preventable. Charges are pending against the 19 and 17 year old drivers."

This crash remains under investigation.