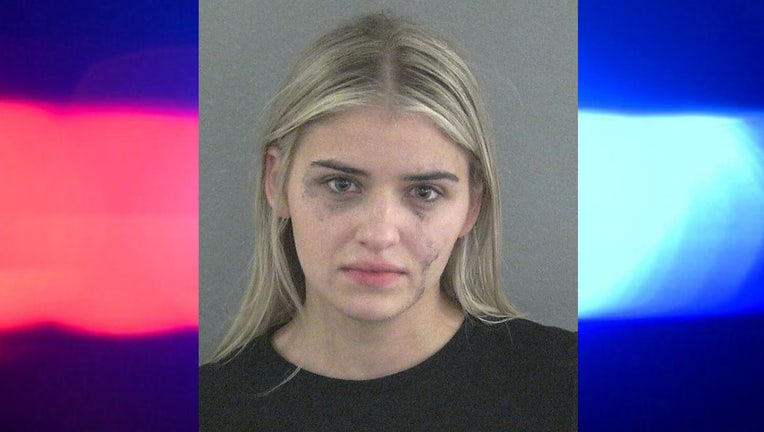 SUMTER COUNTY, Fla. - A Florida woman was arrested after troopers said she parked her car on train tracks and walked away while under the influence. The car was later hit by an oncoming train.

According to a crash report from the Florida Highway Patrol, 21-year-old Ievgeniia Pinchuk of Lady Lake, was traveling eastbound on Main Street over the train tracks in Bushnell around 10 p.m. on Tuesday night. A CSX train carrying 188 cars was traveling south. Troopers said Pinchuk turned south onto the train tracks and parked the vehicle in the direct path of the train.

Troopers said the woman then walked away to Main Street before the train collided with the car.

Sumter County Sheriff's Office deputies reportedly saw Pinchuk walking near the area of the crash and approached her. She was detained and is facing several charges including DUI and improper stop on railroad tracks.