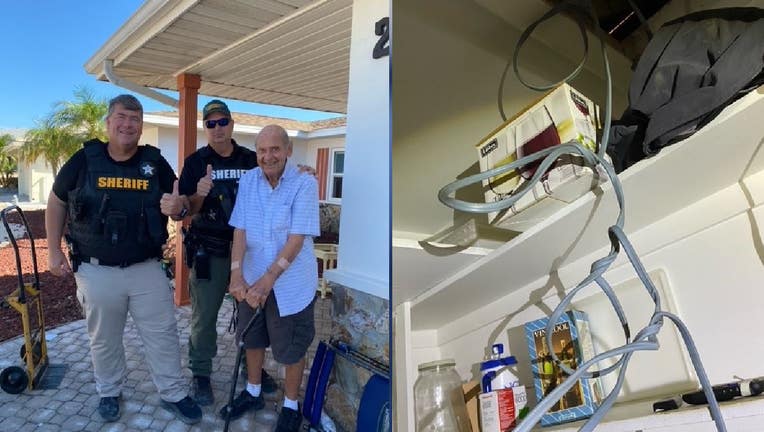 LAKE COUNTY, Fla. - A 94-year-old Florida man had to come up with a clever way to exit his attic after floodwaters during Hurricane Ian left him trapped inside, according to the Lake County Sheriff's Office.

LaVerne ‘Sunshine’ Gerber, a Korean War veteran, told deputies he knew about the evacuation orders ahead of the powerful hurricane's arrival but chose to "risk it" and stay at his Bonita Shores home.

Gerber watched as winds picked up and water levels rose, cresting over the roof of his car parked in the garage. Soon, deputies said his car was submerged in the garage, so he pulled down his attic ladder and climbed inside.

Floodwaters broke away the ladder, leaving him trapped in the attic.

For several hours, Gerber said water and severe winds went by and when the water finally receded, Gerber began to think of an exit plan. The sheriff's office said the floors were covered in a thick layer of sludge, preventing him from jumping because of the certainty of getting hurt.

Gerber told law enforcement "he grabbed a roll of electrical wire that he had stored in the attic and made loops for a ladder then tied it to the rafters and climbed out of his attic unharmed," the sheriff's office's Facebook post stated. 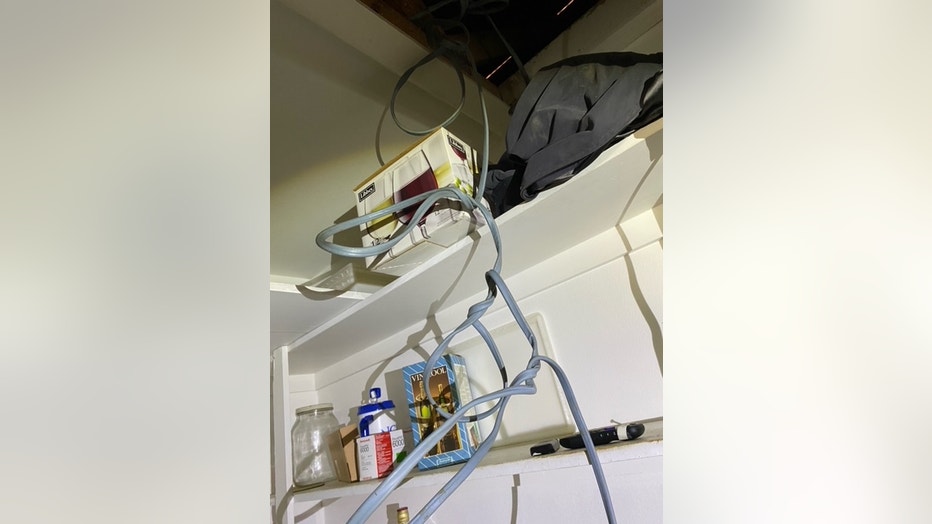 Gerber did not have insurance on his home, so he plans to temporarily stay with his family up north.