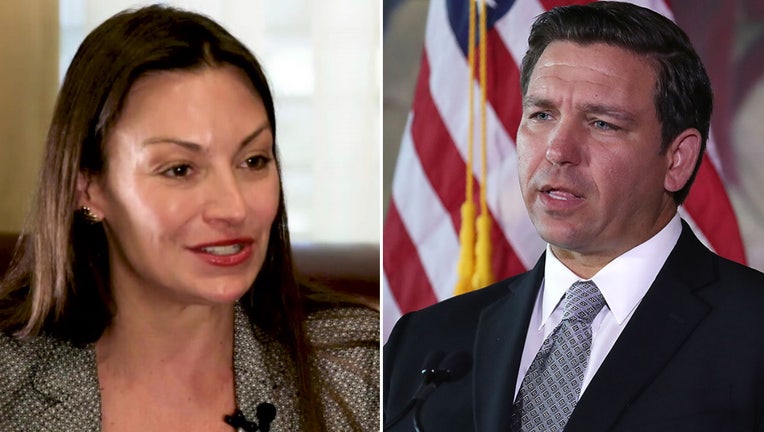 TALLAHASSEE, Fla. - Florida Agriculture Commissioner Nikki Fried has filed to run for governor of the state in 2022.

According to records posted on the State Department's website, the candidate tracking system shows that Fried filed to run as a Democrat on June 1. The Orlando Sentinel reports that she is expected to make an official announcement sometime on Tuesday.

Fried tweeted on May 12 "#SomethingNew 6.01.21" along with a short campaign video tease.

"The people of the state of Florida will not be suppressed. Their voices will not be shut down. They will rise up. They will see Ron DeSantis for who he is: an authoritarian dictator."

Fried also had some strong words for DeSantis on Tuesday after he signed a bill banning transgender athletes from female teams.

"By signing a heartless ban on transgender kids in sports, @GovRonDeSantis is marginalizing an entire community. Signing it on the first day of #Pride2021 is especially cruel. Florida should stand for inclusivity, equality, and liberty — not peddling hate for political points," she tweeted.

"Florida should be a place where hard work is rewarded, justice is equal, and opportunity is right in front of you. That's a Florida for all — and that's why I'm running for Governor," Crist wrote on Facebook.

The former governor has been talking about another run since late last year.

According to Tallahassee Reports, a St. Pete Polls survey has Crist leading all Florida Democrats in the 2022 gubernatorial primary with 55-percent of respondents while Fried drew 22-percent. The poll was conducted from May 24-26 and had over 2,500 respondents, with just under a 2-percent margin of error.

Watch FOX 35 News for the latest updates in politics.