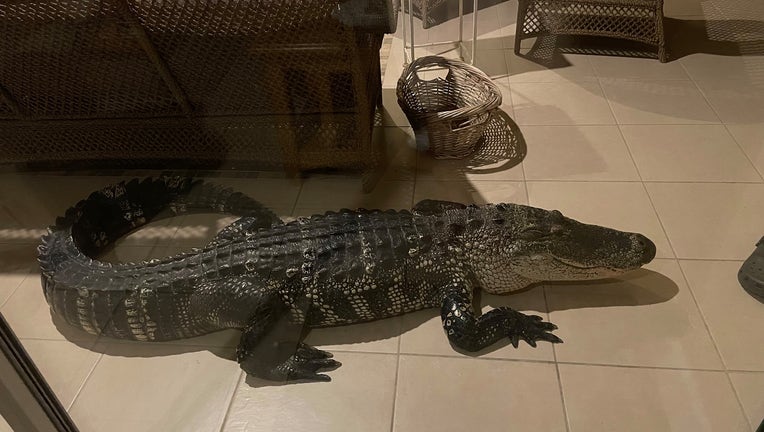 PLANT CITY, Fla. - Getting a late-night visitor can be quite annoying – but when it's a 9-foot alligator, it's pretty much terrifying!

Mark Pomfret tells FOX 35 News that he and his wife were asleep when they heard banging on the door around 2:30 a.m. at their Plant City home. 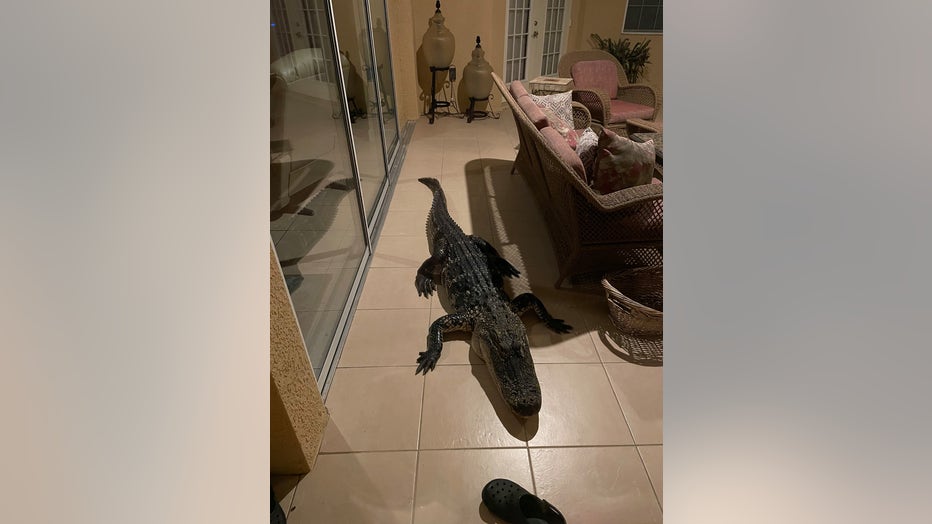 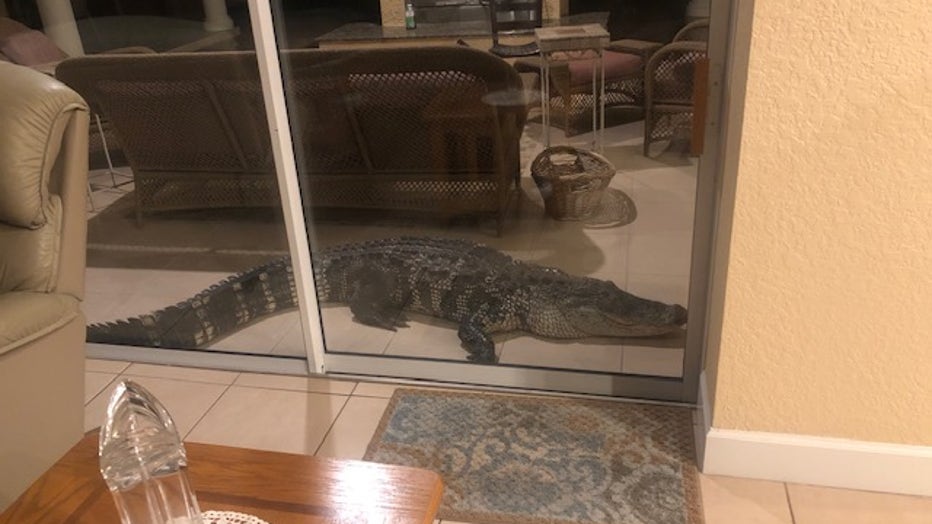 When they went to investigate, they found a 9-foot alligator staring back at them!

The gator had made its way into the couple's lanai. Pomfret posted photos to Facebook showing the gator hanging out.

Pomfret says they called a trapper who showed up and took the unwelcome visitor away. Hillsborough County deputies responded and helped FWC safely trap and relocate the gator. No one was injured.

"Time to get a little sleep," Pomfret wrote.

Deputies say the home is near a small retention pond.