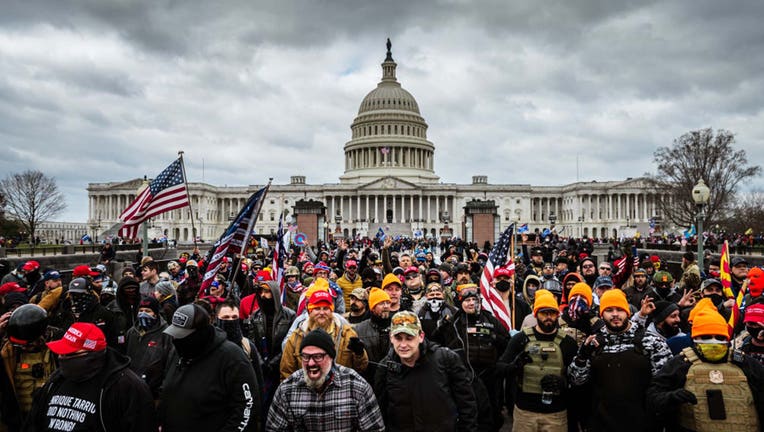 FILE - Pro-Trump protesters gather in front of the U.S. Capitol Building on Jan. 6, 2021 in Washington, DC.

OCALA, Fla. - A Central Florida doctor who took part in the Jan. 6 Capitol Riot has been sentenced.

Kenneth Kelly, of Ocala, was an emergency room doctor with AdventHealth at the time of his arrest, records show. He pleaded guilty to one count of demonstrating or picketing inside the Capitol back in September.

A judge gave Kelly 1 year of probation and 60 days of home detention while on probation. He has already paid the $500 restitution.

His home detention and probation start on Feb. 4.

In his statement, Kelly expressed regret for his actions and called it was the worst decision of his life. He says he lost his job, is now getting a divorce, and is separated from his 3 children. Kelly says he is currently living in an RV in Florida.

The judge says while Kelly did not cause any damage or injuries, his presence encouraged others to commit violence.

Kelly was arrested after he was reported to authorities by a relative.