When a veteran is entering the last stages of life, it can often mean getting hospice care. A local facility is honoring the service of ill veterans with a bedside salute.

For example, Sgt. Fred Robinson, a Marine veteran, provided a bedside salute to veterans in their final moments. It is an emotional moment cherished by family members who know their veteran’s legacy and sacrifice all too well.

"It’s very important because it is recognizing their service," Robinson said. "A lot of times it helps bring closure to them. And it keeps them from hanging on."

As the veterans representative for VITAS, a hospice service in Central Florida, Robinson has performed more than 100 of these salutes to veterans from all branches. He says a prayer, reads the presidential proclamation, presents a spouses pin, and raises his hand to his head.

As a veteran himself, it brings him great pride. 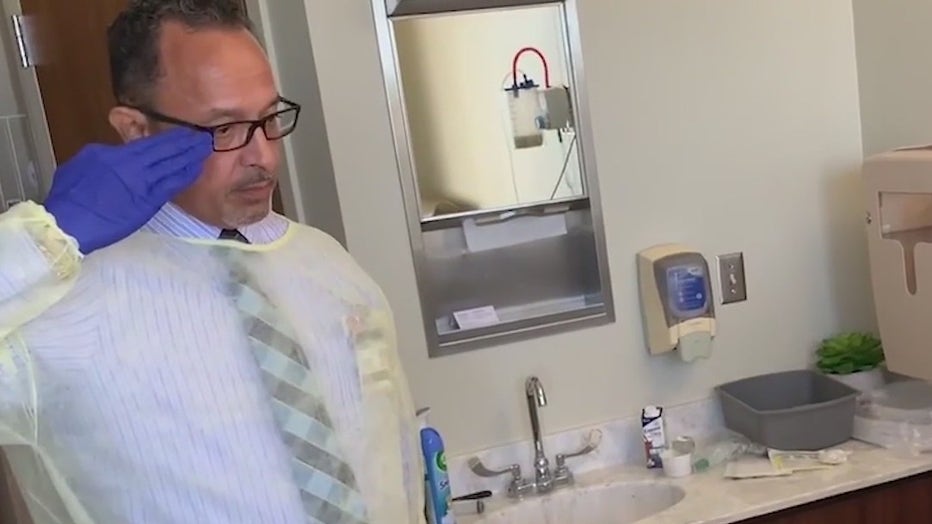 "Doing these bedside salutes, to me, is an opportunity to provide care and comfort to the families at the most delicate point of their life and the patient’s life," Robinson said. "It provides the dignity they deserve."

He said he believes every veteran deserves a bedside salute and over this Memorial Day weekend, he hopes to take time to think about the sacrifices our servicemen and women have made.

"A lot of these veterans that I’m doing the bedside salute for have served next to those who paid the ultimate price that we are honoring during Memorial Day," Robinson said.