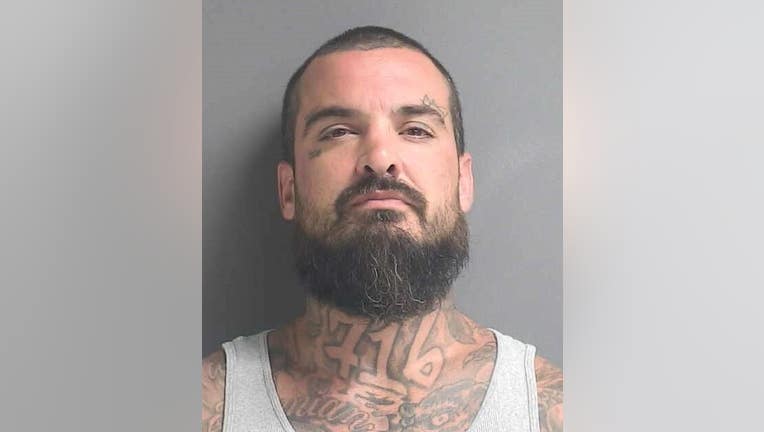 EDGEWATER, Fla. - James Seiler, the man accused in a road rage shooting in Edgewater, Florida, has been extradited to Volusia County following his arrest in Georgia last month, police said. He'll make his first appearance before a judge on Thursday afternoon.

Seiler was captured on July 23 in McIntosh, Georgia after an eight-day manhunt.

Seiler and another woman, Brittany Seiler, who was arrested in St. John's County, was wanted in connection to a road-rage incident on July 15 in Edgewater, near SR 442 and Air Park Road.

He's accused of hitting another driver in the head, and then firing multiple rounds.

Capt. Soltz said they believe Seiler used a surveying stick he pulled from the ground.

Volusia deputies are investigating at an intersection in Edgewater after there was a report of two drivers pulling over and shooting at each other after a possible road rage incident. A FOX 35 photographer spotted what appeared to be bullet holes in the windshield of a truck.

No one was hurt in the shooting, and police said the man who was struck suffered non-life-threatening injuries.

Both James and Brittany left the scene before police arrived, police said.

James was wanted on charges of aggravated battery, and aggravated assault with a firearm. Edgewater police said he faces additional charges in Georgia.